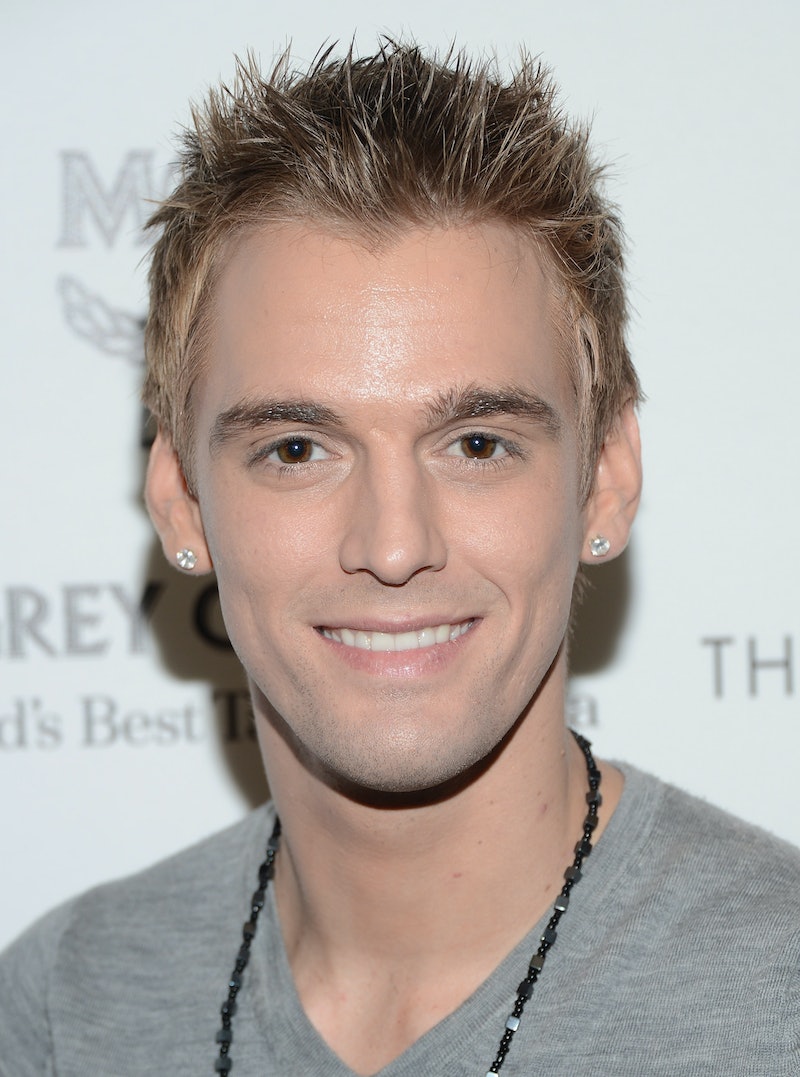 Donald Trump has been bleeding support left and right ever since The Washington Post published audio of the GOP candidate bragging about his pursuit of married women and boasting that "when you're a star, they let you do it ... grab them by the p*ssy." In addition to the legions of Republicans who've retracted their Trump endorsements on account of those comments, it now seems that Trump has lost the support of Aaron Carter as well.

The 28-year-old pop singer surprised a lot of people when he endorsed Trump in February. Two months later, in April, Carter told People about the backlash he faced after throwing his weight behind the real-estate tycoon, and made it clear that he was going to keep supporting the Donald regardless:

I deal with things like, people who are slandering, defaming me for supporting somebody, but you're doing the exact same thing to me that you're having a problem with him in the first place. I'm too intelligent for you guys — like people who don't understand politics. I have a lot more information than I've given out.

Despite his then-unwavering support, the pop star made certain to add that he still had his qualms about the candidate:

But apparently Trump's latest lewd remarks were the last straw for Carter. On Monday, days after Trump's 2005 comments were leaked, Carter retracted his Trump endorsement on Twitter.

Carter isn't the only one to hop off of the #TrumpTrain on account of Trump's most recent display of flagrant misogyny. Shortly after the audio was published, Trump's Republican supporters began abandoning him in droves: At least 10 U.S. Senators retracted their endorsements of Trump or called for him to end his campaign, and another 10 members of Congress have done the same. Even more ominously, polls taken after the release of the tape have Trump's already-anemic support plummeting, with one poll showing Hillary Clinton now leading Trump by a staggering 11 points in a four-way race including Libertarian candidate Gary Johnson and the Green Party's Jill Stein.

We won't know the true extent of this fallout until election day, but all signs indicate that Trump's support is dwindling, and in no small part due to this tape. It just goes to show that, when it comes to winning the U.S. presidency, bragging about your ability to grab women's genitals without their permission isn't a good strategy. And really, why would it be?