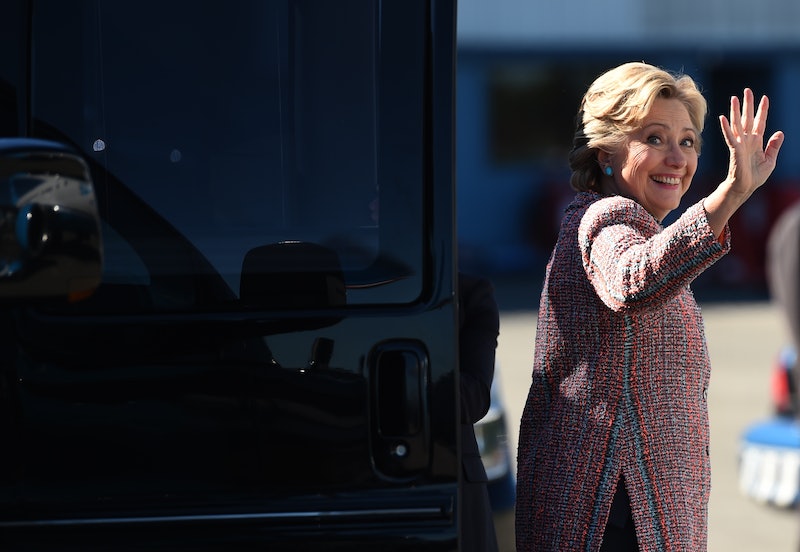 In the second presidential debate on Sunday, Hillary Clinton was asked a question about one of the most controversial parts of her paid speeches revealed in the "Podesta" emails released by Wikileaks: “You need both a public and a private position” in order to govern effectively. Also in those emails were further excerpts revealing a little bit of what her private positions actually are. And while there has certainly been controversy over many of her remarks, the most interesting thing to me in the Wikileaks Podesta dump has been how much the private version of Hillary Clinton is... almost exactly what everyone assumed it was.

One of the most controversial excerpts to come out of the emails was Clinton's "dream [of] a hemispheric common market, with open trade and open borders.” Considering her current stance against the Trans-Pacific Partnership, this is being treated as a smoking gun of her secret support of free trade.

But I highly doubt that there were many people who doubted that Clinton was in support of free trade, and I doubt even more that there are any people whose thoughts were changed by the release of these emails. Clinton's critics on the left have long felt that her opposition to TPP was soft, especially after she had supported it before it was finalized. Donald Trump has repeatedly accused her of wanting "open borders" even before there was evidence. And even many of Clinton's most ardent supporters believe she is just being political on her anti-trade stance, pointing to the massive agreement of economists on the positive effects of trade.

When asked about it at the first presidential debate at Hofstra University, Clinton's position — supporting free trade, but trying to nevertheless fix the problems it can cause for workers — wasn't really inconsistent with what she said in her private speeches.

Clinton's speeches before Wall Street firms were a heavy topic in the Democratic primary, with Bernie Sanders accusing Clinton of being too close with the financial industry, and saying that her reluctance to release the transcripts suggested she secretly plans on helping Wall Street. Clinton insisted that having friends in the industry and having advocated for it as a New York senator wouldn't hinder her desire to regulate Wall Street.

However, the leaked excerpts from Clinton's speech before Deutsche Bank in 2014 actually suggests that both of these things are true. As Clinton's foes have pointed out, she expresses a view that bankers have been unfairly targeted by main street ire. But, as her supporters have countered, she insists that further regulation is necessary. Consider what she said to Deutsche Bank in the private paid speech:

So even if it may not be 100 percent true, if the perception is that somehow the game is rigged, that should be a problem for all of us, and we have to be willing to make that absolutely clear. And if there are issues, if there's wrongdoing, people have to be held accountable and we have to try to deter future bad behavior, because the public trust is at the core of both a free market economy and a democracy.”

To me, what these leaked emails highlight is that in private, Clinton is a center-left pragmatist who sometimes takes stances for political reasons. This is literally the least surprising thing anyone can say about her. If you like that, presumably you support her. If you don't, presumably you don't. But nothing in these emails should really change anyone's opinion about anything.