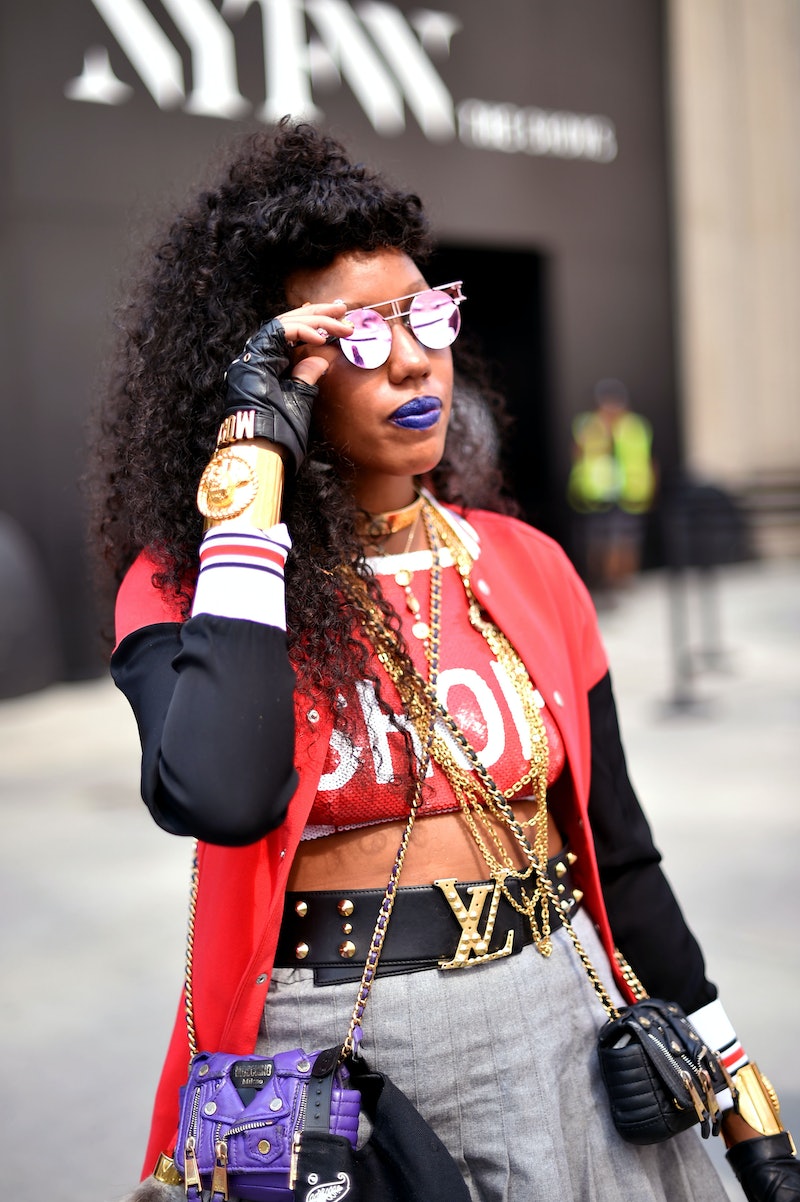 If you've only just gotten over the futuristic glamour of chrome nails, get ready for the next big nail trend contender to enter the manicure arena. This time, it's sunglass nails, and they're just about as cool as the highly Instagrammable mirror nails — only these resemble your favorite pair of sunnies.

The nail look was shared on Instagram by Paintbox creative director Julie Kandalec. It doesn't show a full set of sunglass nails, but the single nail is enough to capture how awesome this is. In her caption, Kandalec speculated that this might be the next big nail trend for anyone who loves a mani pedi.

"TREND ALERT," she wrote. "Sunglass nails spotted in Korea. Who wants them first?!!" Naturally, thousands of her followers swooned over the new nail look, and it's not hard to see why. This mani is totally badass, and definitely reminiscent of the perfect pair of summer shades — but in terms of technique, how do they differ from chrome nails?

"Chrome nails as we know them are done with an extremely fine pigment. The final effect is super-cool, but the application process is very messy. To me, this looks more like a single nail covering, which would make it a one-step process," Kandalec said in an interview with Refinery29.

The sunglass nail trend definitely seems like a natural progression from the chrome nails trend that has been seen on the likes of Kylie Jenner and Khloe Kardashian. Keep your eyes on Instagram to see this cool trend take off — and hopefully that means there will be plenty of DIY tutorials so people can sunglass nails for themselves at home.