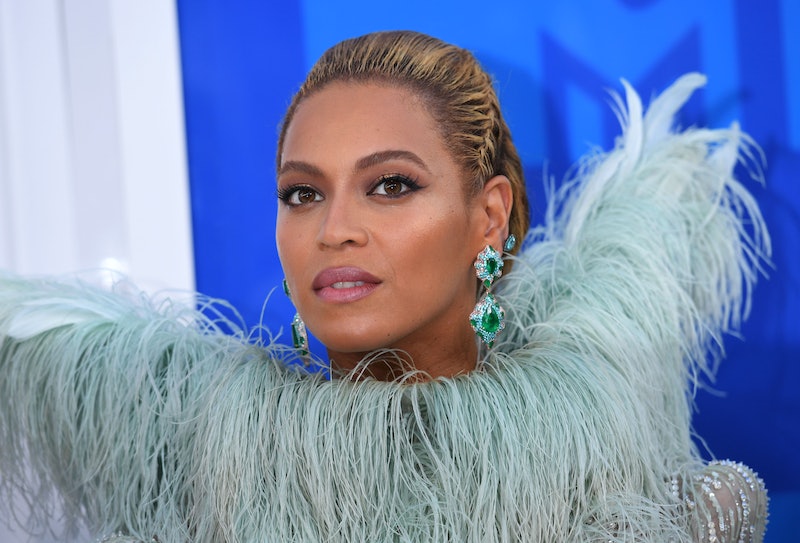 While many Republicans have treated Donald Trump's 2005 hot mic comments about groping women, boasting about how he likes to "grab them by the pussy," as a deal-breaker, some have stood by him — if not exactly his comments. Some have, in Trump's words, argued it was "locker room banter." While not defending it, they have argued that it's not reason enough to ditch him. This is the Chris Christie, Mike Pence, Jeff Sessions camp of Team Trump. However, one Trump surrogate defended him by attacking Beyonce — which is arguably the least effective and altogether baffling strategy she could've chosen.

While appearing on CNN Tonight on Monday with Don Lemon, the former lieutenant governor of New York, Betsy McCaughey, attempted to defend Trump's bragging about non-consensual sexual activity by going after Queen Bey. And no, it doesn't make a whole lot more sense when one considers the quote in context.

“I abhor lewd and bawdy language,” McCaughey declared — while still standing by her Trump support. "I don’t like that kind of thing, but Hillary Clinton, when she expresses..." Lemon cuts McCaughey off here to ask (rightfully) why she's bringing in rap music. McCaughey responded, “I mentioned rap music because it’s full of the f-word, the p-word, the b-word, the a-word.”

A few seconds later, McCaughey sets, aims, and fires on Beyonce because of the lyrics in her song, "Formation":

‘I came to slay, bitch. When he f-ed me good I take his ass to Red Lobster.’ That happens to be from Beyoncé, her favorite performer. Whom she says she idolizes and would like to imitate. There’s a lot of hypocrisy, in Hillary Clinton expressing such horror at language on the bus.

Watch the clip below — because watching McCaughey look at her notes and choke awkwardly through those words are the one silver lining of this wildly ineffective defense.

While Clinton has cited her love for Beyonce, and Beyonce has performed for Clinton campaign events, there are multiple gaping holes in McCaughey's logic. Namely, it's that Beyonce sang about enjoyable, consensual sex, and Trump bragged about grabbing women by their genitals without their consent. Also, Beyonce sang these words, not Clinton. In comparison, Trump, the person running for president, said the actual words that are getting him in trouble.

But sure, McCaughey, go after Beyonce — the biggest pop singer in the world and a role model to legions of young women, especially women of color — when your candidate is tanking with the exact demographics that adore her. That's a fabulous strategy.