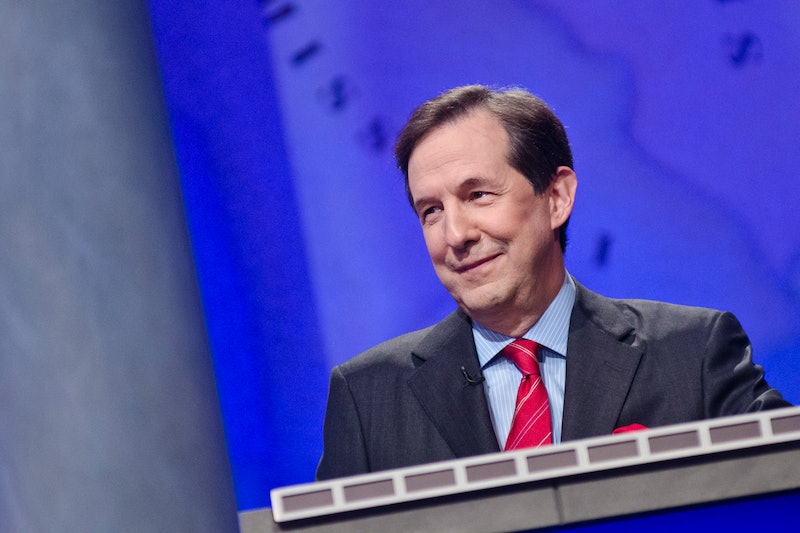 Moderators have caught their fair share of criticism this debate season. Matt Lauer, Lester Holt, and Elaine Quijano all faced blowback for their performance as moderators in the past weeks. And Fox News' Chris Wallace, who will host the final presidential debate on Wednesday, Oct. 19 at the University of Nevada, Las Vegas, has already come under fire for his supposed biases. Viewers may be wondering, is Chris Wallace a Republican? But at the end of the day, it doesn't really matter.

For more than a decade, Wall has anchored Fox News Sunday. Prior to that, Wallace, who is the son of legendary news anchor Mike Wallace and stepson of the former president of CBS News, Bill Leonard, he worked for NBC in a variety of capacities, including as host of Meet The Press . Yet, it is largely because of Wallace's relationship with Fox News that his credentials as a moderator for the third and final presidential debate have been questioned. David Brock, a Hillary Clinton supporter and co-founder of two Super PACs that support her, called on the Commission for Presidential Debates to drop Wallace from the debates because of his ties to Roger Ailes. Brock wrote to the commission:

It is a glaring conflict of interest that Roger Ailes, who resigned from Fox News in July, simultaneously provides advice to Donald Trump while serving as a paid adviser to Fox News chief Rupert Murdoch — debate moderator Chris Wallace’s boss

The commission denied Brock's request. Many have pointed out that to judge Wallace's professional adeptness on because of his former boss is unfair, especially since Wallace has proven himself as a seasoned, objective reporter for decades. Wallace has had no problem calling out either of the candidates throughout this election cycle.

In fact, Wallace prominently caught Trump in a "bear trap" when he called out the Republican presidential nominee's proposal to close the federal deficit as mathematically off, even having a prominent graphic made for a March primary debate he moderated to highlight why his plans wouldn't work. Wallace told the Washington Post, "Do I take a certain pleasure when I open the gate and he decides to walk down the path and I've got the bear trap at the end of the path? Yeah. Sure. But it's not just with Trump. We do it routinely, almost every week."

Based on what he has displayed during his career and this election, Wallace will bring that objective perspective and that penchant for taking the candidates to task to the final presidential debate.