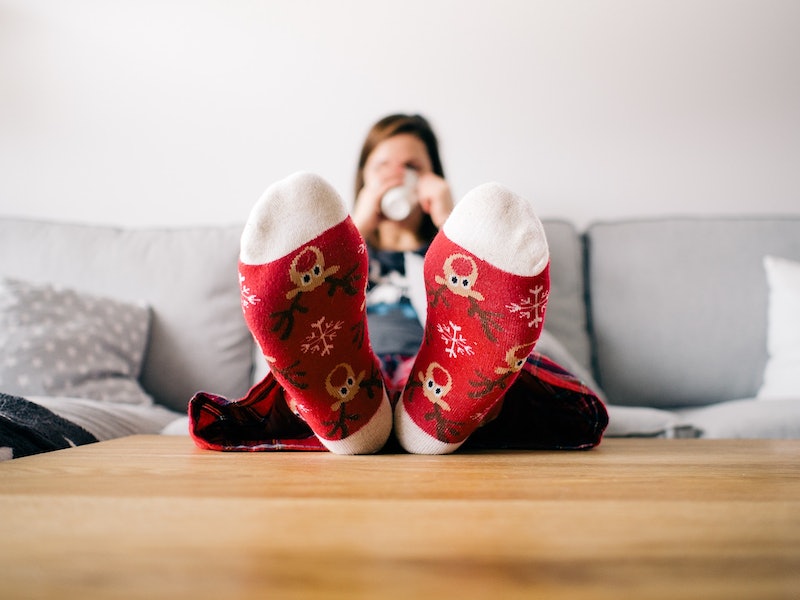 Moving out is a rite of passage for us all. But whether you're just now prepping to fly the coop and move into your own shoebox-sized space, or whether you've done so a while back and you feel fairly adulted, I'll bet you're still missing certain things you need in your house. At least, you might be according to Reddit, anyway; a recent AskReddit thread drew attention to all the things that are incredibly useful to have around that many of us probably haven't even bothered to think of. And it's not just about things — indeed, many of these items are actual "things" at all.

Current stats on Millennials moving out are mixed, to say the least. There are media reports bemoaning the fact that more of us than ever are apparently "choosing" to live at home with our parents and are therefore not investing in consumer goods which help to drive the economy; the trouble, of course, is that the cost of living is so high and wages are so low that moving out often isn't financially feasible for young adults. There's also data to suggest the opposite, however — according to some sources, Millennials are moving out so fast, they're driving up the house prices in the United States.

Stats aside, moving out is something each person takes the decision to do when they are ready. Whenever that time may be, though, you might need a little help as to what kind of super useful things you're going to need in that apartment/condo/shoebox-sized room. And that's why I'm thankful for all these Redditors, who have done the work so we don't have to. Head on over to AskReddit for more.

Now, back to sourcing that antique desk for my room...

As this Redditor notes, having a safe place to store all your bank details, passports, and valuable isn't a bad idea; it's even better if that place is also fire resistant. If your apartment did happen to go up in smoke (almost a third of fires happen in residential buildings, according to the U.S. Fire Administration), you could avoid the hassle of having to prove your identity to banks, insurance companies, and so on, and sort everything out a lot quicker.

I recently had to plunge a toilet for the first time abroad (shout out to the UK toilets that spoiled me for 23 years), and although it wasn't the most pleasant of experiences, I'm glad that plunger was, er, on hand; I was staying with people I didn't know well, and asking for assistance might have been slightly awkward.There are two different types of plunger you might need lying around in case of emergencies: One (the flatter variety) is for the sink and shower, while the other (narrower at the bottom) is used for toilets.

Not a huge one, necessarily; I'm talking a little kitchen blow torch of the variety you might use to make creme brulee (or, as this Redditor suggests, toast). And as Popular Mechanics notes, propane blow torches are easy to operate and have several nifty uses, including removing paint from surfaces, killing weeds and cooking meat, and shaping jewelry. Just make sure you have a fire extinguisher on hand, too. Safety first.

If you don't live in a country with steel doors, you might want to consider investing in heavier security for your apartment. A door-jammer or a door-jar can stop your entrance from being kicked in during a burglary and only costs around $20.

OK, so you've figured out your escape route from your new pad in case of an emergency... but what about that of your beloved pets? The best way to approach this, according to the Centers for Disease Control and Prevention (CDC), is to plan ahead. First, ensure all your pets are properly tagged should they go missing in a bad situation; also, be sure to keep a leash or carrier near the same exit you'll be using. The CDC additionally recommends microchipping your pets and introducing them to the idea of public or alternative transport, before you find yourself in a situation where you might have to use it.

Live in a remote area? Or struggle with money? A back-up food plan could be a great idea if you want to ensure that, come a crisis, you can still have access to good food. Make a plan each week to store something extra away, and always replenish when you take from it.

An uninterruptible power supply (UPS) or a battery/flywheel backup is an electrical apparatus that provides emergency power to an area affected by a power outage. The world's largest one powers the entire city of Fairbanks, Alaska in times of a black-out, but for a regular person, your best bet is the internet. (Just beware they're a little pricey though.)