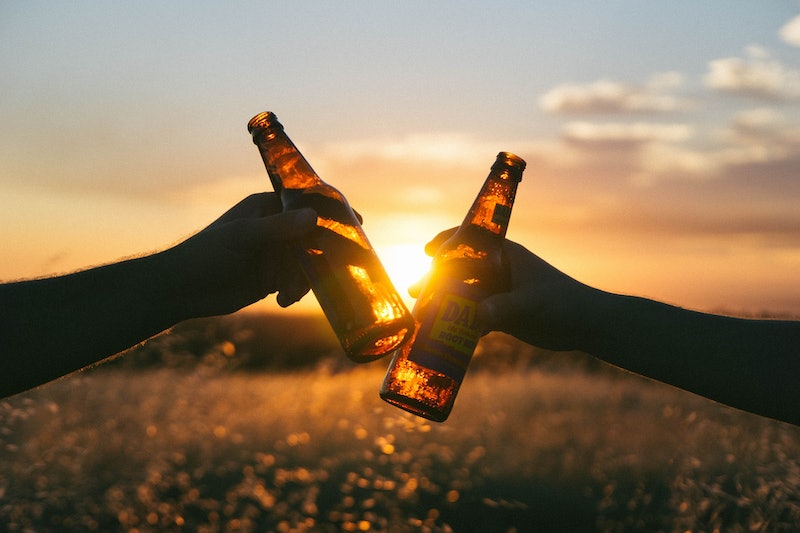 Can it be? Could drinking certain types of alcohol actually be OK for you? Well, I wouldn't go that far — but according to recent research, searching types of beer are better for your liver than others. A new study published in Oxford’s Alcohol and Alcoholism journal saw a group of scientists testing out different types of beers on several groups of mice... and it turns out that IPA drinkers are in luck: Booze filled with hops might be less harmful to your liver than other alcoholic beverages, include hops-less brews. So, to paraphrase Rihanna: Cheers, and drink to that, am I right?

The mice in the study were given one of four beverage options to drink: Beer with hops, beer without hops, straight-up ethanol alcohol, and a neutral solution to act as the experiment's control. (Presumably the control group had the least amount of fun.) Somewhat surprisingly, it was discovered after 12 hours that the mice with the hoppy beer had livers with less fat than any of the rodents in the other groups. The mice who had drunk either ethanol alcohol or beer without hops, however, had more — and roughly the same amount as each other, in fact.

“Our data suggest that hops content in beer is at least in part responsible for the less damaging effects of beer on the liver," the German researchers of Friedrich Schiller University wrote in the study. The also noted that it might explain why drinking hard liquor is more typically associated with liver disease than drinking beer.

Although more research is needed to see if the same effect can be replicated on human livers, previous studies also link health and hops. Munchies reported, for example, that a chemical in hops might be good for warding cancer off; additionally, the American Chemical Society revealed earlier this year that the same hops as the type found in beer are proven to fight bacteria and disease.

What exactly are hops? I never stopped to think about them and always imagined them as little buds, or barley-shaped grains. In actual, hops are little green flowers; they come from the plant Humulus lupulus. When they're used in the chemical process of beer-making, they often impart a bitter, zesty taste, which might explain why some people dislike hoppy beers.

But hey, maybe with enough practice, hops can become an acquired taste. Surely those of us who prefer darker brews might find this a compelling reason to reconsider our favorites, right? It's worth a shot!