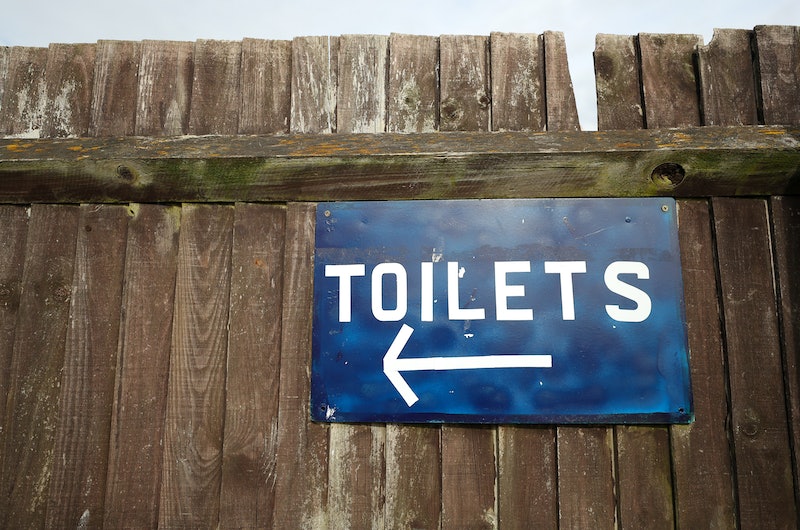 I constantly have to pee. Not in, like, a concerning way; just in an, "I have a tiny bladder" sort of way. That means I've gotten used to holding it. But according to this recent (and, warning, kind of gross) TED Ed video, you probably shouldn't hold your pee. And now, thanks to this very informative little animated nugget, I am a little scared.

As part of the TED Ed "Getting Under Our Skin" series, the short video "Is It Bad to Hold Your Pee?" takes you through what physiologically happens when we hold it all in. Narrated by Heba Shaheed, aka "The Pelvic Expert," the video begins with a lesson on what exactly is going on ~in there~ with our kidneys, bladder, urethra, sphincter, and brain signals. The overall message: We've got both pelvic and mental backup when it comes to having to pee. Like, we're kind of built with the knowledge that you'll have to wait.

Humans, as it turns out, are designed to urinate four to six times per day. It depends on the person, but according to the TED Ed video, an adult's bladder generally can hold, maximum, 1,000 milliliters before it, um, bursts, though most people lose control before then. You do not want to reach 1,000 milliliters. It gets uncomfortable around 400 milliliters, so 1,000 is reeeeeeally pushing it.

Apparently being a chronic "holder," forcing out your pee too quickly, or urinating without proper support (like when you squat over the toilet at a bar because public bathrooms frequented by hordes of drunk people are disgusting) can, overtime, weaken your pelvic floor muscles and your external urethra sphincter.

You do not want to do that. Believe me. The following things can all happen if you don't heed my warning. Watch the full video above for the complete story.

Nooooo, thank you. I've had a UTI before. I don't need that being my life.

This, honestly, is nightmarish.

And In Rare Cases, A Burst Bladder

NOOOOO! Like, 99.9 percent, this won't happen to you, so don't worry. But if it does, it requires surgery. So try not to put yourself in that position.

Moral of the story: Hold your pee if you must, but not for too long. Otherwise... well, let's just say you'll probably regret it.