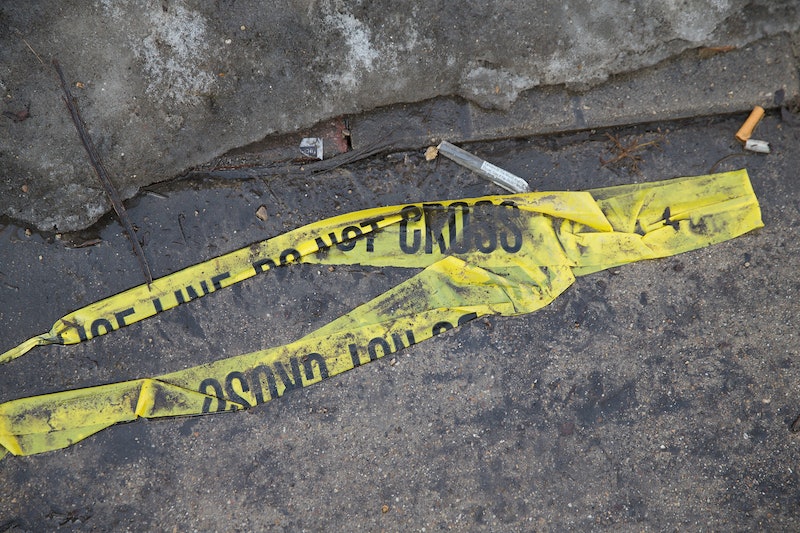 If you've heard the name Kayla Berg lately, you've probably also heard the names Walter and Patrick. They're the three names at the center of speculation around a creepy YouTube video that was posted seven years ago but was only recently discovered by law enforcement officials. Whether you're aware of the video or not, it's time to hear about what happened to Kayla Berg and not watch what's making its way around the internet. Update: In a statement released late on Tuesday, Oct. 11, the Antigo Police Department declared that after an investigation, the video has been determined as fake.

In 2009, Berg was 15 years old and a high school gymnast in Antigo, Wisconsin, a small town of fewer than 10,000 people located about 80 miles northwest of Green Bay. She disappeared in August that year after a friend dropped her off at a house in the nearby city of Wausau. The house had reportedly been condemned, but she allegedly told the friend her boyfriend lived there, according to The Daily Beast.

Berg has not been seen since that day in 2009 when she vanished, though officials have begun to wonder if a YouTube video holds a major clue to her case. The video was posted in October 2009, just two months after Berg disappeared, but it has only recently gone viral. It now has nearly 1 million views, and has even elicited a comment from the local police department in Antigo, who is "actively investigating the origin" of the video.

If the video is connected to Berg's case, it could be a key part of the police's investigation. At this point, it's potential evidence — but it should never become a source of gossip or, worse, entertainment. For one thing, the video is not entertaining to watch. For another, it could show a disgusting and real-life crime. It deserves to be taken seriously, viewed by relevant professionals and potential witnesses who could contribute to the investigation, not relegated to a trending spot on social media.

In short, the video is extremely disturbing. It reportedly shows a man in glasses introducing the camera to a woman he calls his girlfriend. I won't go into the creepy and unsettling details, but the girl he shows on camera appears to be held against her will. Both law enforcement officials and relatives of Berg have reportedly said that the girl in the video looks like Berg, but that is not confirmed at this time. Adding to the video's creepiness factor is the fact that it's the only video to have been posted by the user who uploaded it.

The video, and most recent coverage of the story, seems to have marginalized who Berg actually is. At the time of her disappearance, Berg and her mother and brother had recently moved back to the Antigo area after spending some time in Texas. Berg and her brother had reportedly missed the Antigo area and felt homesick, according to CNN. At the time of the 2010 CNN story, Berg's mother said, "Kayla missed her friends. She was very upset that they didn't have a gymnastics team at the high school in Texas."

When the family returned to Antigo, they lived just a short distance from Berg's father. She was at her father's house when her friend picked her up at the time.

According to CNN, Berg's mother had been wary of her daughter's boyfriend, as he was 19 years old. Berg was 15 at the time, and she didn't have a cell phone or a computer that could be GPS-tracked. She was missing for six days before police were notified, reportedly because of confusion within Berg's family as to her whereabouts.

The FBI lists Berg as a missing person on its website. According to the listing, the bureau offers a $20,000 reward for information leading to the arrest and conviction of the person or people who abducted her. Anyone with information can submit an anonymous tip online or contact their local FBI office.

On the seventh anniversary of Berg's disappearance, a vigil was held in Antigo, according to local news station WSAW. Friends and loved ones recalled their memories of the young girl, who would now be 23 years old, and released 700 balloons from a local park. It's the stories like these — rather than the disgusting video posted online — that should go viral.

This isn't all to say that social media can't serve as a powerful tool for crime-solving. A study from LexisNexis, published in 2014, reported that more than 80 percent of law enforcement officials use social media as a tool for their investigations. In some cases, the YouTube video might be important to watch.

But unless you're likely to be capable of identifying the man or woman in the video, it's more important to learn about Berg's story and discourage the proliferation of this video.