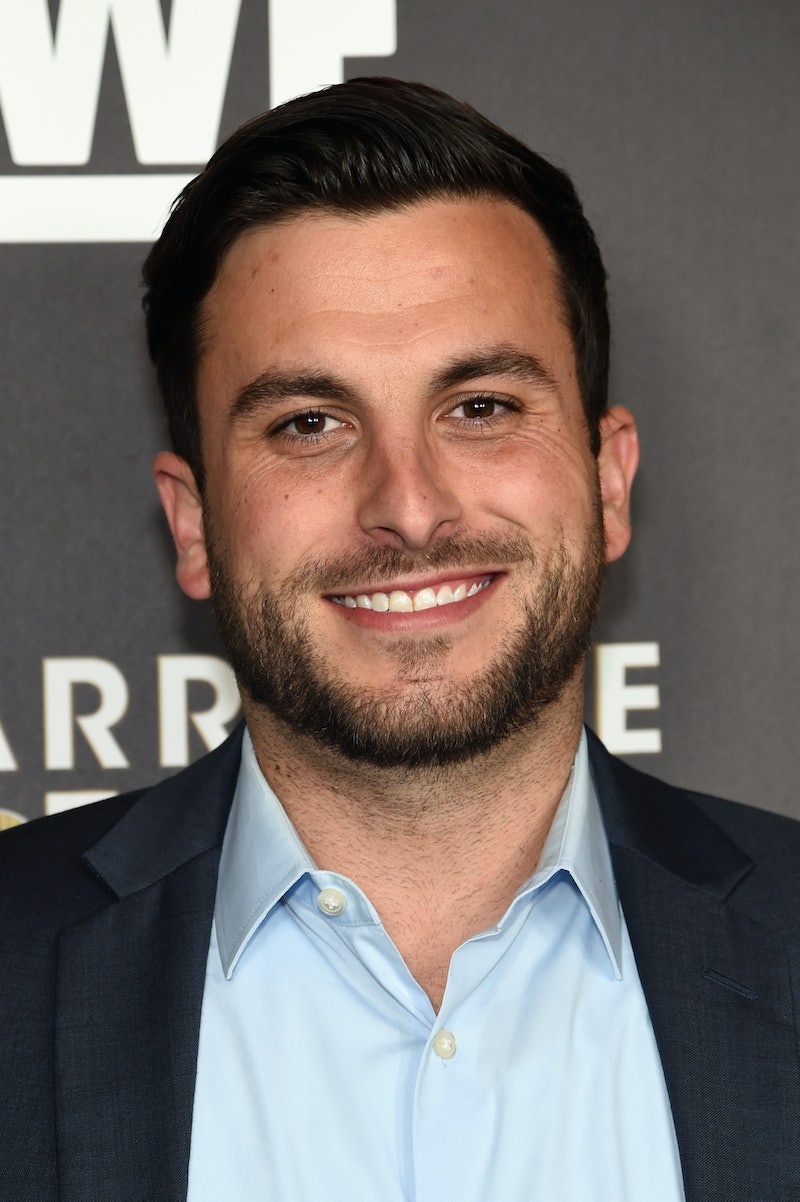 If you watch a lot of reality TV (like I do), then you have probably noticed that there are quite a few connections between contestants and that some of them are actually related. And if you are a fan of The Bachelor who also watches every show on E! (like me, again), then I'm sure you watched the new dating show Catching Kelce. There was actually a connection between the two shows in the first episode. Did you realize that Bachelor star Tanner Tolbert's sister, Kara, was on Catching Kelce?

If you blinked then you probably missed her since she got eliminated in the very first episode. Not that it would have been that easy to notice her anyway, since there were also a ton of women there — one from every state in the country.

When Kara had her first chance to talk to NFL-tight-end-turned-reality-star Travis Kelce, she mentioned that she was ready to find love on TV because her "brother just got married on The Bachelor." Since Bachelor relationships haven't fared too well over the past few years, it was pretty easy for me to narrow down that she had to be talking about Tanner and Jade Roper, who met on the Bachelor spin-off series Bachelor in Paradise.

After some searching and social media stalking, I confirmed my suspicions and found out that Tanner is definitely her brother and that she looks familiar because Kara was in Jade's bridal party. Reality TV really is such a small world.

Unfortunately for Kara, her time on the show did not last too long, but at least she gave it a shot. Then again, Tanner did not find love when he was on his first reality show, The Bachelorette, and then he met his future wife on his second, BiP, so maybe she will follow in her brother's footsteps and we will see on her on our TV screens again. I guess we will have to wait and see.