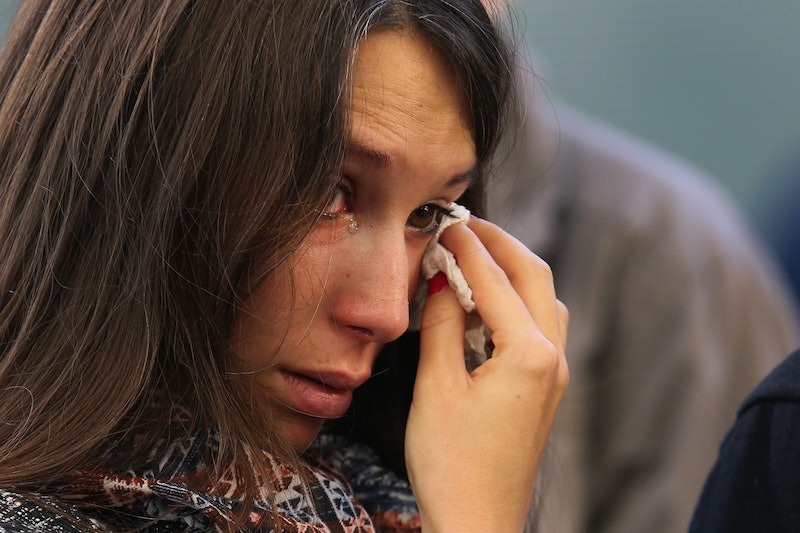 Here's a quick summary of the findings, as published in the journal Human Reproduction and reported in the Telegraph:

Scientists measured levels of alpha-amylase, an enzyme in saliva that provides a biological indicator of stress. The team tracked 373 American women aged 18 to 40 who were free from known fertility problems and had just started trying to conceive. Their progress was followed over a period of 12 months, or until they became pregnant.

Women with high levels of the biomarker were 29 per cent less likely to get pregnant each month than those with low levels, the researchers found. They were also more than twice as likely to be declared infertile.

As I'm sure anyone who's actively trying to conceive will tell you, 29 percent less likely to get pregnant each month is a big deal. Especially with Americans marrying later and later in life than ever before, wasted months of women's reproductive years may mean that couples have fewer biological children than they'd like, or even none at all.

Of course, a caveat from the lead researcher, though: "she pointed out that stress is not the only factor involved in fertility problems and may only play a minor role." While this study provides reason to believe that stress is involved in infertility, it can't identify the relative importance of stress as compared to other factors in infertility. Stress is interrelated with other factors too; when stressed, women are more likely to be eating poorly, smoking, or drinking, for example.

However, in any case: stress is bad, whether it's the primary cause of infertility or just one amongst many. So, while it may be easier said than done, women considering pregnancy should do whatever works for them in order to cut their stress levels. (Evidence suggests that women would do well to keep stress in check during pregnancy as well).