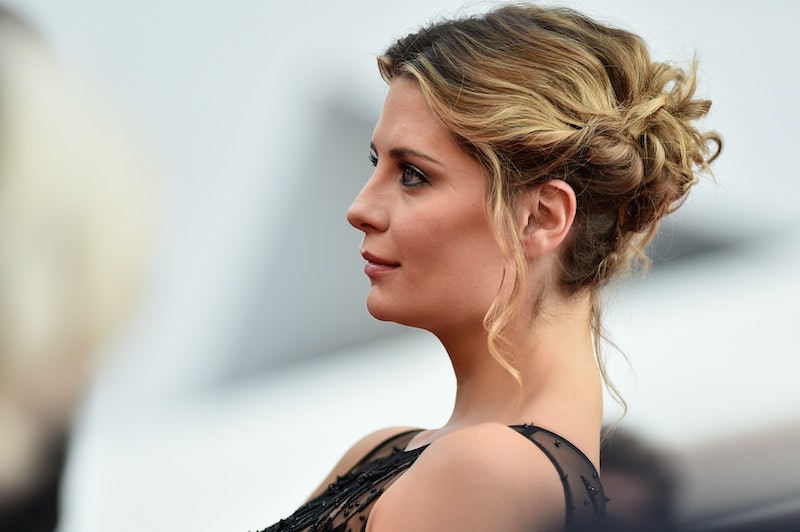 It's logical, really. Or at least, that's what the TV production company wants you to think about their decision to cast everyone's favorite '00s lady Mischa Barton in The Joy Ride , a series that will have four hosts who are passionate about all things car-related. (Aside from Barton, there's rapper T-Pain, actor Oliver Trevena, and professional race car driver Brian Vickers). According to Entertainment Weekly, she's a real petrolhead with a collection of vintage Cadillacs and who "even restores old cars on her own." But there's just one fly in the ointment.

Because, Barton isn't, actually, famous for being into cars. She first rocketed to fame for incarnating the unforgettable queen of The O.C ., Marissa Cooper. And I'm not going to count this as a spoiler, because it's almost 10 years since The O.C. ended, so you should really be aware of this information by now: Her character Marissa Cooper meets her maker in Season 3, when she dies in a car crash. Which makes the thought of Barton fronting a car series seem really awkward. Just me? Sure, Mischa Barton and Marissa Cooper aren't, in fact, one and the same person. But, out of all the car-obsessed actors in the world, why opt for her?

Casting Mischa Barton in The Joy Ride feels like casting John Goodman (who played Dan Conner in Roseanne) in a series about heart medicine or Jared Pryce (Lane in Mad Men) in a reality series about drinking and mental health. By which I mean, it's pretty ironic to cast someone who famously perished in a car crash in a series whose name is about... well, the joy of anarchically driving a car that you've stolen.

And, sure, while the car Volchok rams Marissa and Ryan's car with isn't necessarily a stolen vehicle (I don't think, though if Volchok's criminal history is anything to go by, there's definitely a probability), he does blackmail Ryan into stealing a car with him as part of his master-scheme to get Ryan to influence Marissa to talk to him. So there are definitely a few weird parallels here.

It's ironic that she's doing this considering her most famous role, but then, maybe that's the point. After being so closely associated with Marissa Cooper, maybe she's bringing more of herself to her work so we can get to know her beyond her role as The O.C.'s most troubled teenager. This way, fans can get to know the real Mischa Barton — someone who's far more multi-faceted than you'd realized.

She's not just into fashion (though sure, that too) and acting, she's into cars. Like, really actually into cars. So if you loved Marissa Cooper, and you loved Mischa Barton's work on The O.C., I'd argue you should definitely be giving this show a chance. Even if the premise, given Cooper's storyline, is that little bit cringe. It's time to get to know Barton — the real Barton — this time round.

More like this
Everything To Know About The 'Pretty Little Liars' Reboot On HBO Max
By Mary Kate McGrath and Jack Irvin
Why Simone Ashley Had To Study Snails For Intimacy Training, Pre-‘Bridgerton’
By Grace Wehniainen
James Marsden Kept Teddy’s Westworld Season 4 Return A Secret “For Years”
By Brad Witter
Julie Andrews Revealed A Surprising Behind-The-Scenes 'Bridgerton' Detail
By Grace Wehniainen
Get Even More From Bustle — Sign Up For The Newsletter