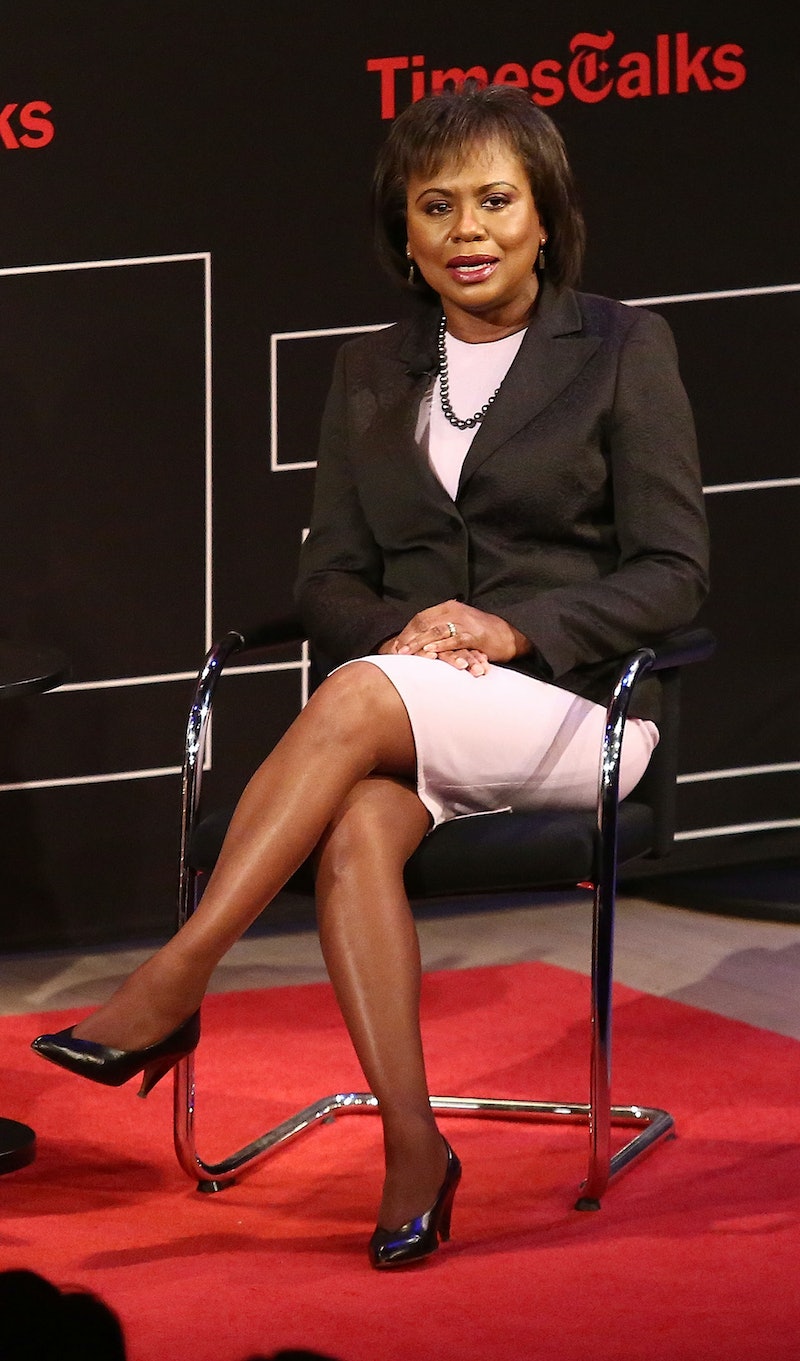 If anyone knows what it's like to be in the political spotlight for sexual assault, it's Anita Hill. The lawyer and college professor was at the center of one of the most infamous American political controversies ever when she testified about her sexual harassment by current Supreme Court Justice Clarence Thomas in 1991. In light of her own experiences with sexual harassment and its portrayal in the media, Hill penned a powerful op-ed for The Boston Globe about Donald Trump's recent sexually explicit comments.

In her moving and impactful piece, Hill reminds the nation that while Trump is absolutely disgraceful for his comments, everyone needs to remember the victims of sexual harassment and assault, who matter more than what the perpetrator says or does.

In her essay, Hill does a remarkable job of flipping the tables on how the Trump tape was generally represented in the media. The instant reaction was to think of the recording's impact on the campaign, but Hill explained why that's not enough:

At virtually every dinner table this weekend, people talked about what should happen to Donald Trump’s political ambitions. But little consideration was given to what impact the brutish behavior he claimed to have had on the women he victimized. How many of them talked about Arianne Zucker, the young woman in the leaked video who Bush cajoled into hugging the same two men who had just joked about forcibly kissing her? Did she know she was the butt of a sexual gag? Or did we wonder what happened to Nancy O’Dell, the woman who rejected Trump’s advances?

Granted, this is an unusual situation. It's obviously not every day that a presidential candidate talks so openly about committing sexual assault, and in this case, the ramifications of his words seemed like the more immediate problem. But that's simply not the case. The women who Trump victimized, Arianne Zucker and Nancy O'Dell, should be the primary concern, no matter what. Their feelings, their pain, their discomfort are the real issues. Without realizing it, the conversation about the Trump tape still revolved around the man instead of the women. In order to create a society that is truly just, victims and their needs must always be the top priority, never their harassers or assailants.

Ultimately, the victims in this situation are more important than Trump, hands down. And Trump supporters can say all they want that those were just words, but they are words that hurt Zucker and O'Dell, and have taken away both their comfort and their dignity even 11 years later. They are still victims, because Trump's words are still harmful and predatory, and they need to be respected and prioritized as such. Hill gave the U.S. a much-needed reality check in her op-ed, so be sure to absorb her words and wisdom.