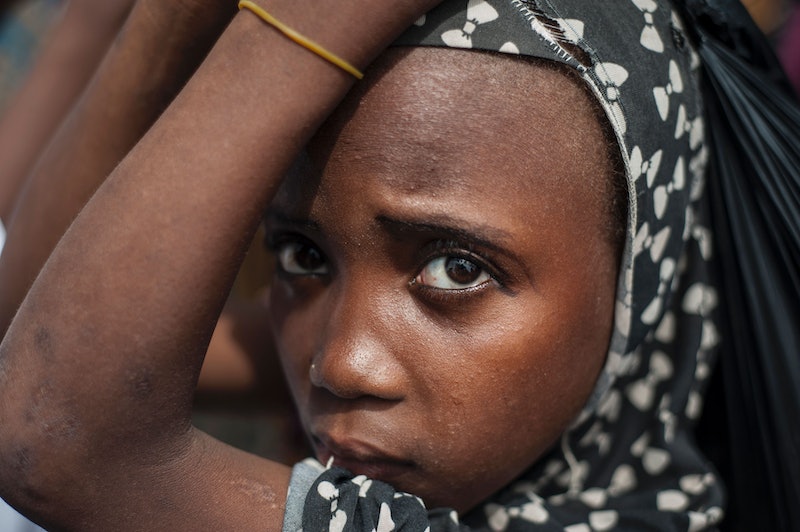 This Oct. 16 marks World Food Day, and while most everyone reading this article can celebrate that fact, there are nearly 800 million people who can't. World Food Day provides the incentive for some serious learning to happen, and these five world hunger facts scrape just the surface of world hunger issues. But, you've got to start somewhere, right?

From how many people are undernourished on this planet, to which countries are having the hardest time feeding their citizens, these five facts are blunt and heartbreaking. However, despite how emotional these five world hunger facts might make you, my hope is that by sharing them we might all find some way to contribute to the crisis this Oct. 16.

There are many ways to aid in the world hunger problem that has taken over our planet. There are dozens of reputable charities that accept donations to feed third-world citizens. You can help spread the knowledge about world hunger to your friends and family. Even working to support urban farming can be a big help when it comes to solving world hunger. Choose whatever approach is best for you at this point in time, and don't look back. Educate yourself, and then be a part of the solution.

1. One out of every nine people do not have enough food to eat.

795 million people don't have access to enough food to maintain a healthy and active lifestyle. That means that one out of every nine human beings on this planet is suffering from a lack of food.

2. The world produces enough food to feed everybody.

The most heartbreaking part of world hunger is that it doesn't have to be this way. The world actually produces enough food to feed all seven billion people, but unfortunately, many impoverished communities have neither the land to grow food or the money to purchase it.

3. Poverty is the principal cause of hunger.

Sad but true, poverty leads to a lack of resources, and subsequently a lack of necessities, including food. Poverty is often the result of absurdly unequal distribution of wealth in the country it's affecting, and it is also the principal cause of hunger.

4. 98 percent of the world's undernourished people live in developing countries.

Considering that poverty is the principal cause of hunger, it should come as no surprise that 98 percent of the world's undernourished people live in developing countries. Perhaps this is why so many Americans are often completely unaware of the scale of world hunger problems.

5. Asia has the most hunger issues, followed by sub-Saharan Africa.

Asia is leading when it comes to the world hunger crisis. Approximately 525 million people are undernourished within its boundaries. Sub-Saharan Africa follows, with approximately 214 undernourished citizens. Latin America and the Caribbean come in third, with a combined total of 37 million underfed people.