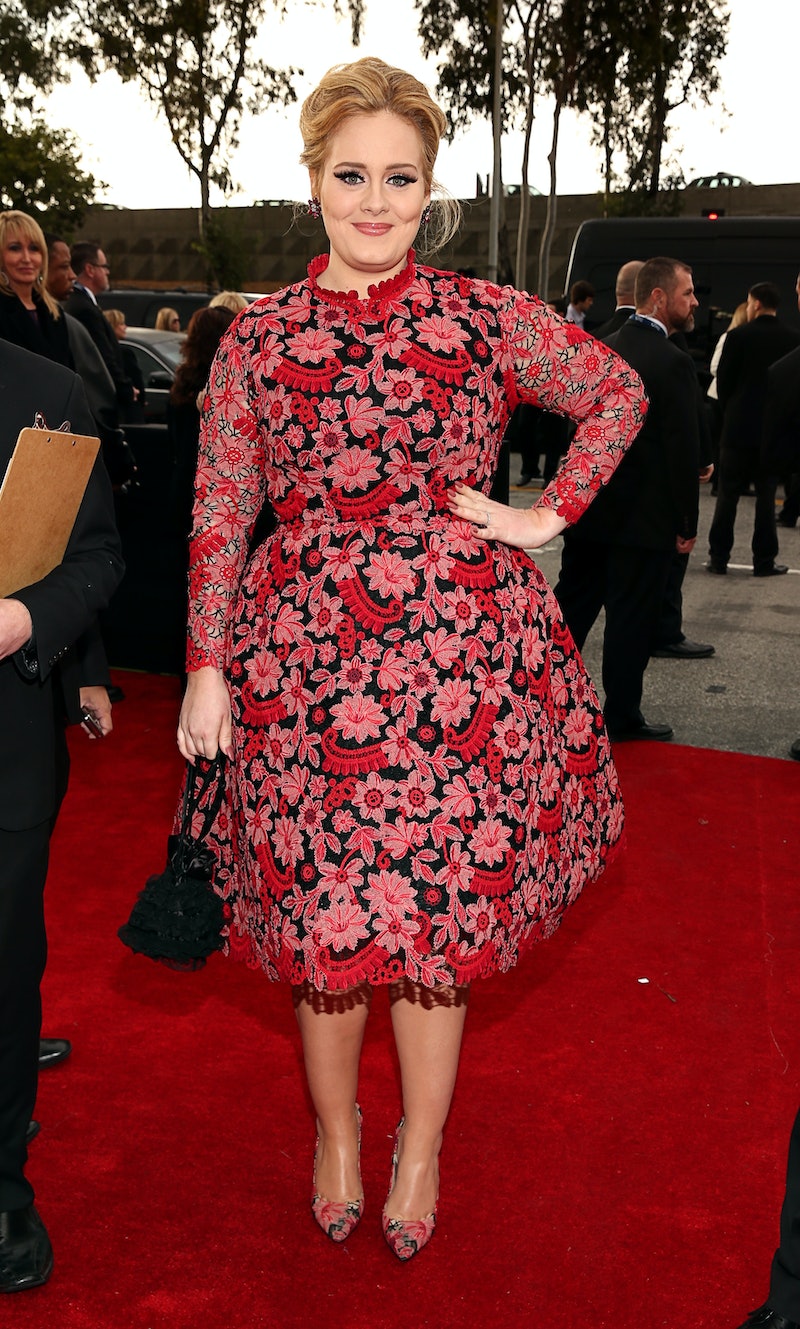 When celebrities are said to keep their lives private these days that basically means they don't have a reality show or don't call the paparazzi on themselves. One celebrity that really does keep her life private is Adele, but she changed that this weekend for a good cause. Adele tweeted a photo of her son along with a couple other personal pictures to support World Water Day. This is strange for Adele who is very secretive (or, like a normal, non-celebrity person) about her private life.

Even though Adele has won a ton of awards — several Grammys, a Golden Globe, and an Oscar among others — unless she's attending an event, she stays completely out of the spotlight. Adele had her son, Angelo, in October 2012 and, after she didn't reveal any information, the media gathered his name based on an "Angelo" necklace she wore. Adele is sometimes photographed with her son while she's out and about, but she rarely posts pictures of herself online and definitely doesn't post pictures of her son. Not that she should. It's her son. She knows what he looks like, so everyone else should just assume he looks like a one-and-a-half year old kid that looks at least sort of like his mother.

Adele switched things up, slightly, over the weekend for World Water Day. To raise awareness for Drop 4 Drop, an organization concerned with getting access to clean water for people all over the world —and which happens to be run by her boyfriend and father to Angelo, Simon Konecki — Adele tweeted four photos of herself using water in her everyday activities.

As you can see, Adele didn't include Angelo's face because the point here isn't, "Check out my baby's face!" it's, "Look! Everyone needs water from Academy award winners to babies to fish." You can just assume how cute the baby is based on his adorable little sweatpants legs.

Way to keep it classy, Adele.