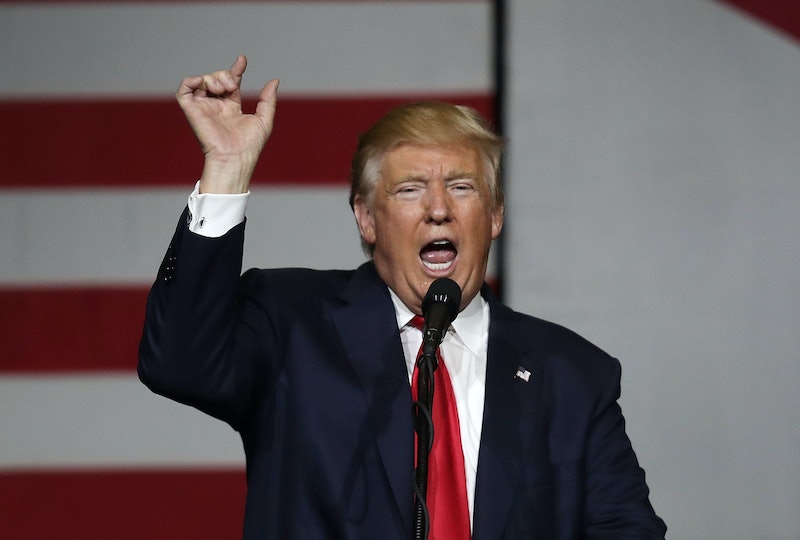 The article detailed the accounts of Jessica Leeds and Rachel Crooks, both of whom came forward about their sexual assaults after Trump claimed he's never assaulted anyone during the second presidential debate on Oct. 9. Early Thursday morning, briefly after midnight, one of the lawyers representing Trump, Marc E. Kasowitz, sent a letter to The New York Times editor Dean Baquet requesting the paper retract the article:

We hereby demand that you immediately cease any further publication of this article, remove it from your website and issue a full and immediate retraction and apology. Failure to do so will leave my client with no option but to purse all available actions and remedies.

In response to Kasowitz's letter, David McCraw, vice president and assistant general counsel for The New York Times wrote a letter on Thursday afternoon stating that the newspaper would stand by their publication of the sexual assault allegations against Trump detailed in the article.

The letter from McCraw responded to Trump's claim of libel by affirming that libel invokes the slander of a reputation, which doesn't apply to the article, considering the fact that Trump himself bragged about groping women in the recently leaked Access Hollywood tape from 2005:

The essence of a libel claim, of course, is the protection of one’s reputation. Mr. Trump has bragged about his non-consensual sexual touching of women. He has bragged about intruding on beauty pageant contestants in their dressing rooms. He acquiesced to a radio host’s request to discuss Mr. Trump’s own daughter as a “piece of ass.” Multiple women not mentioned in our article have publicly come forward to report on Mr. Trump’s unwanted advances. Nothing in our article has had the slightest effect on the reputation that Mr. Trump, through his own words and actions, has already created for himself.

After clearly addressing and dismissing Trump's claims of libel, McCraw's letter went on to emphasize the importance of the women's stories, and expressed firmly that The New York Times not only stands by their publication of the article, but would willingly face Trump in court if it comes to that:

We published newsworthy information about a subject of deep public concern. If Mr. Trump disagrees, if he believes that American citizens had no right to hear what these women had to say and that the law of this country forces us and those who would dare to criticize him to stand silent or be punished, we welcome the opportunity to have a court set him straight.

As of now, Trump's lawyers haven't filed an official lawsuit. Either way, it appears The New York Times is standing strong.