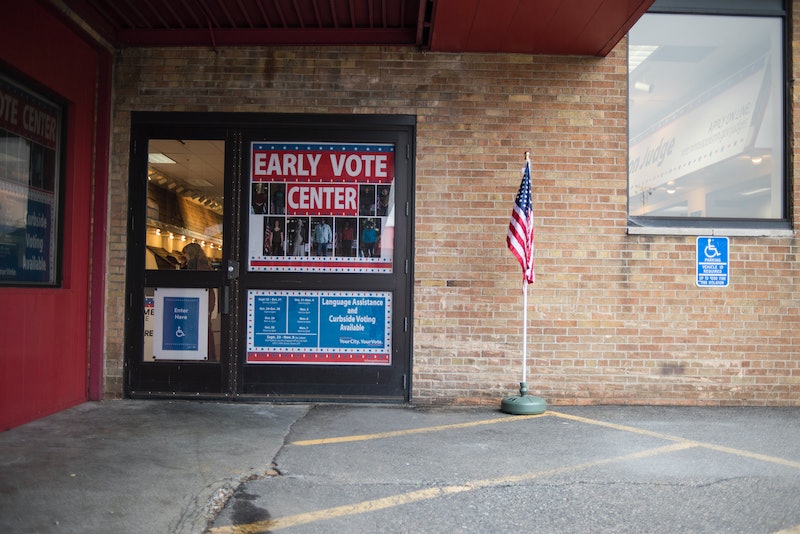 Election Day is still weeks away, but thousands of people have already let their voices be heard by taking advantage of early voting. The process has only become more popular in recent elections, though, so many people have questions about it. To the question of whether early voting is safe, however, the answer is an unequivocal yes.

There are many ways that people can vote early, and more and more people having been taking advantage of early voting. Many states open their voting locations in the weeks leading up to Election Day, so people can find a time to vote that fits their schedule best and avoid the longer lines that come with Election Day. People who have requested absentee ballots can submit them electronically or by mail as soon as they receive them. Three states, Colorado, Oregon, and Washington, have all-mail voting, which means that every registered voter receives a ballot well before the election and can return it whenever they've made their decisions.

The most pervasive argument against early voting is that people who vote early may submit their voting decisions before being able to collect all the information they need. The candidates have up until Election Day to try to convince the citizenry that they deserve the office they're running for, and things change so quickly that early voting could lead people to submit their ballot before learning something that might change their mind. Some also claim that voting by mail is more often fraudulent, but the number of recorded cases of this is still negligible.

On the other hand, however, early voting allows more people to vote, thereby bringing out a bigger and more diverse electorate. Not everyone is able to show up and wait in line on Election Day, but if they have the opportunity to vote literally without leaving their homes (as absentee voters can do), then turnout is always higher.

Early and absentee votes are counted on Election Day, along with all of the rest of the votes cast. The process, whether it's through mail, electronically, or in-person, is just as safe as Election Day voting, plus it's easier for busy people with busy lives. If this is the voting method that will make you most likely to cast your ballot, then make your decision carefully and submit it however your precinct directs you to. You can rest easily knowing that you've fulfilled your democratic responsibility just as fully as if you had voted on Election Day.