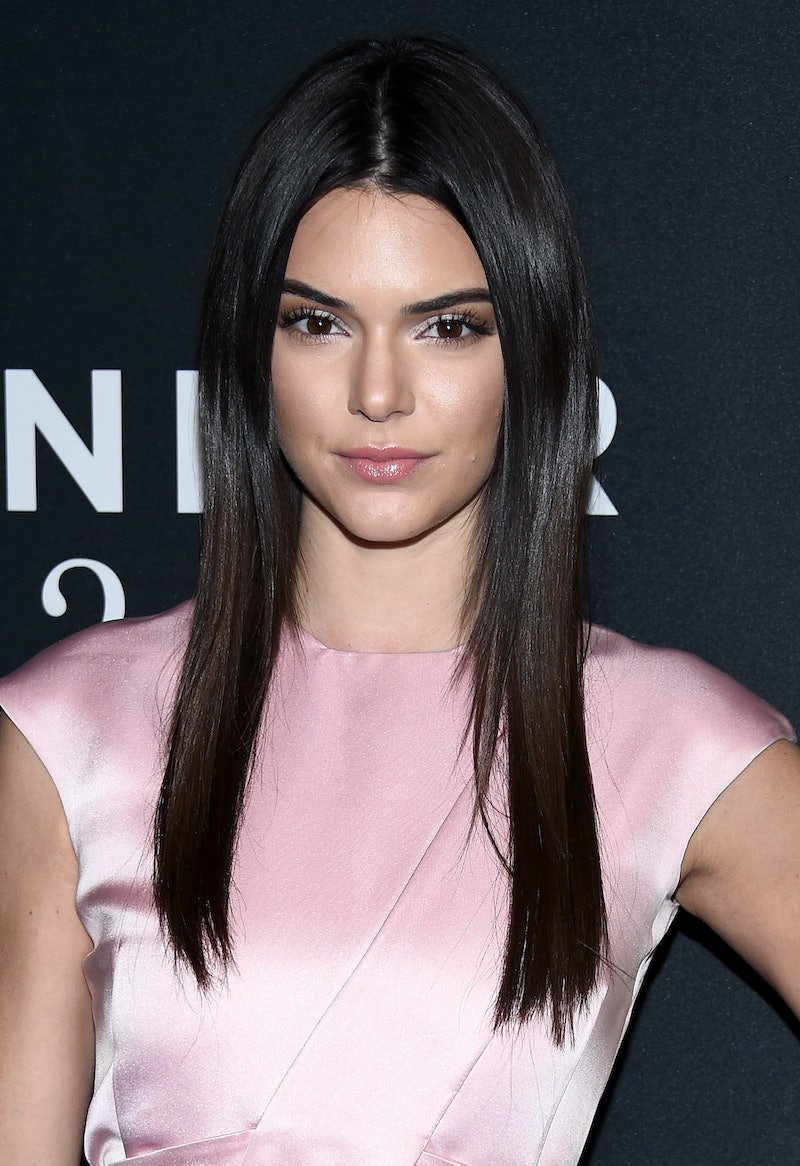 The Kardashian-Jenner family is once again making headlines, but this time it doesn't have to do with Kim Kardashian. According to the Associated Press, on Thursday in Los Angeles Kendall Jennier testified in court against Shavaughn McKenzie, who she accused in August of stalking her. "I've never been so scared in my life," the AP reports Jenner told the jury at the trial. "This is not how I want to be living," Jenner also said during the trial, per TMZ. "I really don't feel safe in my own house." The Keeping Up With the Kardashians star gave more than two hours of testimony and the AP also reports that the alleged incident has affected Jenner greatly. "It's definitely put me even more on edge. I definitely don't feel safe in my own house anymore," she said.

In August, Jenner claims McKenzie was stalking her and followed her up the driveway of her Hollywood Hills home. Jenner claims that she first saw him sitting in a street outside of her home and immediately became concerned. As the gate to her driveway was closing, Jenner claims McKenzie somehow got through, but she didn't notice him until she was getting ready to exit her car. She alleges he repeatedly banged on the window of her car, which Jenner claims she sat in with locked doors and called friends scared until help arrived. After McKenzie was arrested (he was later charged with alleged misdemeanor stalking and trespassing), the 20-year-old model wouldn't leave her car and told jurors, "I was terrified. I was literally traumatized."

A family friend, Shelli Azoff, also testified on behalf of Jenner Thursday. Azoff claimed she and her husband came to Jenner's aid in August after getting a call and that said the alleged incident left Jenner shaken. Azoff claims the reality star even stayed with she and her husband for awhile, because Jenner was afraid to sleep by herself. So much so, that Jenner claims that she now has lights, cameras, and a security detail at her home since the ordeal with McKenzie.

McKenzie's attorney, Taylor Shramo, claimed during the trial that his client only wanted to talk to Jenner, but that he also has a severe mental disorder and was also unarmed at the time of the alleged stalking, according to the Associated Press. The AP also reports that McKenzie is from Florida and has other trespassing convictions.

It seems that Jenner has had several issues with McKenzie, who she also claims is the same individual who allegedly accosted her twice while driving outside of the condo she owned in Westwood. According to Deputy City Attorney Alex Perez, McKenzie is an "obsessed, mentally unstable fan" and he has tried to meet Jenner outside of her homes on multiple occasions.

If convicted, McKenzie could face up to six months in jail.

More like this
Kendall Jenner & Devin Booker Reportedly Broke Up After 2 Years Of Dating
By Jordyn Tilchen
Where Is Oscar Torres In 'Only Murders In The Building' Season 2?
By El Hunt
Police Never Found Enough Evidence To Charge Sharon Marshall’s Killer
By Brad Witter
Hayden Panettiere Admits "Addiction" To Alcohol & Opioids Before Going Sober
By Jake Viswanath
Get Even More From Bustle — Sign Up For The Newsletter