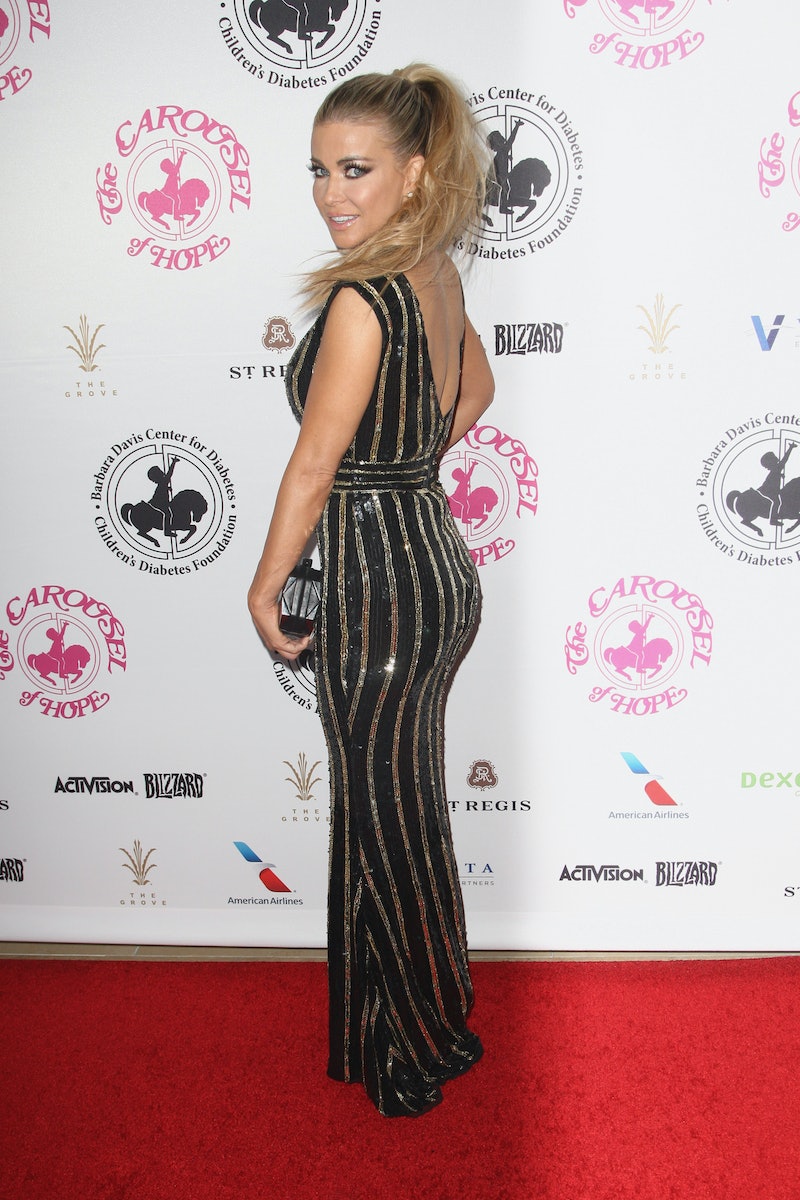 To me, there's one woman who defines the idea of a bombshell. Carmen Electra has become an iconic Hollywood sex symbol as she's unapologetically flaunted her body throughout the years in film, Playboy, and shows like Baywatch. And more power to her — she's freaking gorgeous. But fame hasn't always treated Electra in the way she hoped it would. Occupational hazard, I suppose. Regardless of the 44-year-old star's constant hustle, and the fact that she has been featured in nearly 80 shows and films, she's found herself and her personal life at the center of tabloid chaos — more than once. When speaking with Electra, I realize she's so much more than what the public sees in the headlines. She explains why the most difficult lessons she's learned in Hollywood also make her the strongest.

Starting a career in showbiz at just 18, Electra experienced a lot of growing up in the spotlight. Early twenties are difficult and confusing enough, I can't imagine what they would be like with industry execs telling her what to do, never mind magazines reporting on her failed relationships. It goes without saying, the star has plenty of experience being burned by those around her. Now, she knows whose opinion matters most: her own. "I feel most empowered when I trust my instincts," she says.

But holding onto that mindset and avoiding outside influence is still no easy task. "I go back-and-forth, you know? Sometimes, I want to trust and believe in people even though I feel something and later on, I find out the hard way," she explains. Because who should she trust more than herself? No one. "Always follow your gut. Always follow your instincts, because you’re right."

Getting to a place of such strong self-assurance hasn't been easy; as she learns about herself, the world learns about her, too. "I’ve had to learn everything about myself publicly. Things that you don’t realize you say or do that could be hurtful to someone. You don’t have that light, but it’s shown to you, like, ‘Hey, this is not good. You shouldn’t act like that, you shouldn’t do this,'" Electra says. Sometimes, seeing herself in the public eye showed her things she didn't always like.

"You just look at yourself, like, ‘Oh my god, was I really doing that?,'" she says. Having this constant mirror held up to her also changes the way she sees others. "That is one reason that I’ve always wanted to not judge people and just automatically trust because I’ve gone through that, being judged a lot. Being judged on things that aren’t true," she explains.

But at the end of the day, Electra counts her blessings, including all trials and tribulations. "That’s the way it is and I wouldn’t change it, though. This is always what I‘ve wanted to do and I’m just grateful," she says.

And I think I love her just a little more than I did before.