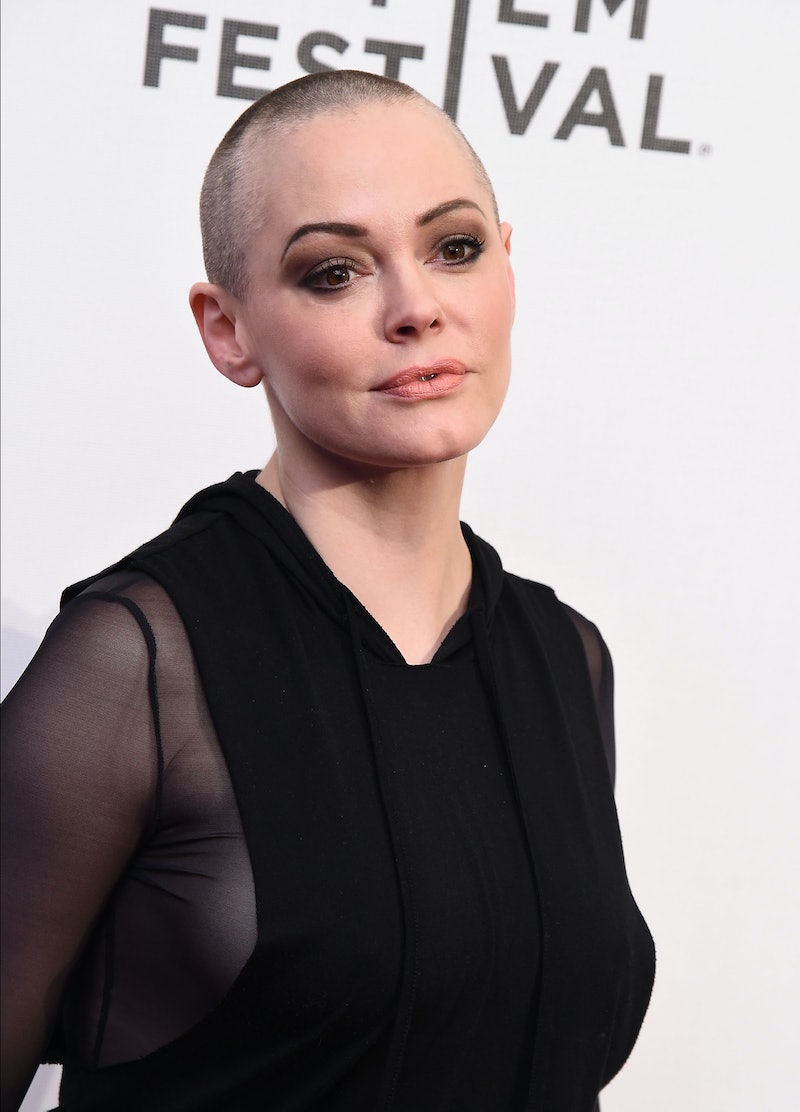 In a series of deeply affecting tweets under the #WhyWomenDontReport hashtag, Rose McGowan alleged she was raped by an unnamed Hollywood executive. (Bustle has reached out to McGowan’s representative regarding the allegations, but has not heard back at this time.) The actress, who has historically been outspoken on issues like the depiction of sexual assault in the media, an ardent supporter of women's rights, and a feminist filmmaker, spent Thursday evening detailing why she did not report her own rape, saying, "a (female) criminal attorney said because I'd done a sex scene in a film I would never win against the studio head." McGowan ended her series of tweets with a demand for honesty and, ostensibly, transparency when it comes to the nation's discussion of sexual assault and believing those who make the allegations.

While McGowan's story is equally heartbreaking as it is enraging, it's her call to arms for honesty that has struck me deeply. The actress' own allegations touch on a darker side endemic of Hollywood, but it is no less valid because it comes from that sphere our cultural consciousness. As conversation swells around not only giving space for victims to speak up about their own assault, we are still trying as a nation to negotiate platforms for full honesty about the definitions of sexual assault and readily labeling those who speak as honest people. It is the push towards honesty and transparency that is deeply affecting. It is this final tweet of McGowan's, about being more honest, that hits the nail right on the head.

I can only speak for myself, but the continued outpouring of stories from women in Hollywood detailing their allegations of sexual assault — a microcosm of the stories being told by women across the nation — has left me dumbstruck. Not out of naiveté or disbelief that such a thing could happen, but at how many strong, intelligent, capable women have been silenced on the one crucial subject that demands being spoken about. This is the kind of honest McGowan calls for and that is the kind of call that demands to be answered.