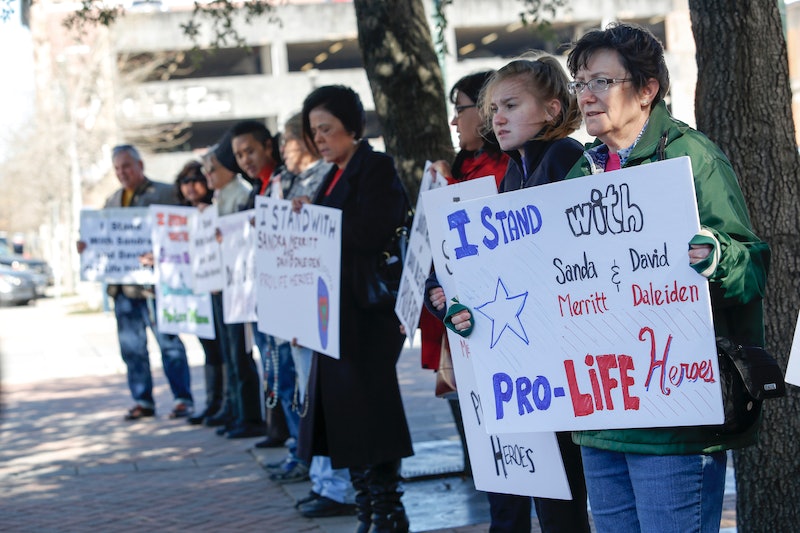 In the lead up to Planned Parenthood's 100th anniversary on Sunday, there was an astonishingly organized protest movement ready to make sure that the women's health organization couldn't enjoy its special day without a reminder that a healthy chunk of people would love to see it completely dismantled. But despite all of the demonstrations set for that day, the protests of the Planned Parenthood anniversary shouldn't overshadow what the amazing work that the organization has done in its first century of existence.

Sunday marks the big day for Planned Parenthood, but detractors are attempting to overshadow any attempts the women's health organization has for celebrating its diamond anniversary. #ProtestPP, a coalition of state and national anti-abortion groups, has dedicated the bulk of its website as a guide to demonstrating on the Oct. 16 anniversary. It provides a guide to finding protests across the U.S., a sign-up to host a vigil, a vigil how-to, and a place to donate to its mission, which it also includes on the home page.

Additionally, the Family Research Center joined a coalition that includes the Susan B. Anthony List, March for Life, and nine other anti-abortion groups to lead a social media campaign, which includes a Tumblr called "100 Years Of Abuse," to protest what it calls "a tragic milestone for our nation and a reminder of the millions of unborn children who will never have a birthday."

Planned Parenthood's campaign is a great reminder of what, exactly, their services can do for women. So on its 100th anniversary, let's focus on that instead of the fight against them.