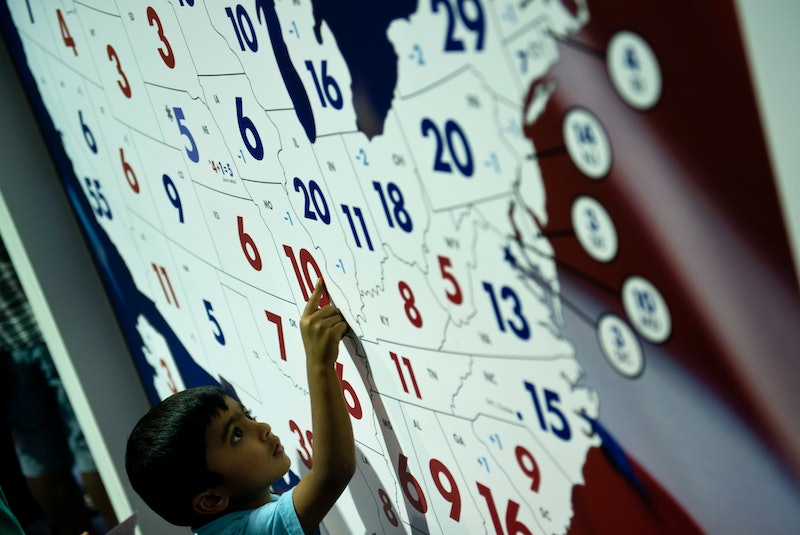 Delegates, especially superdelegates, were a much-talked-about group during the 2016 primaries, largely fueled by Bernie Sanders' public criticism of the Democratic Party's nomination system. Clinton's landslide victory among superdelegates contributed to the narrative of a rigged primary. With November 8 being a mere three weeks away, and with Donald Trump's persistent claims of a "stolen" election, there's been an uptick of suspicion that the Clinton camp will once again influence delegates to swing the election their way.

The problem with this theory is that there are no delegates of any kind in the general election. What we now have is a new group of people called electors – members of the Electoral College. The role of delegates is to choose each party's nominees for president and vice president during primary season, while electors cast their votes during the final election determining who will be president. They serve similar functions in that they are both types of representatives for our indirect democracy – a democracy in which the people's votes don't determine the final results in political contests.

Republicans have over two thousand delegates, and in order to be named the party's nominee, a candidate has to win at least 1,237 during the primaries. After the people of each state vote for their preferred candidate, the candidate with the majority popular vote is awarded their respective states' delegates, according to each states' allocation policy – either proportionally according to the support the candidate received, or in bulk through a winner-takes-all policy. Democrats, on the other hand, have nearly five thousand total delegates and a minimum requirement of 2,382 pledged delegates for aspiring nominees to win. Unlike Republicans, Democratic delegates include a group of 716 "superdelegates" who are not required to vote according to the results in their states.

The Electoral College is composed of 538 electors who pledge to vote for the candidate who wins the majority vote in their states. While twenty-one states do not legally require electors to vote for the candidate chosen by the public, electors rarely choose vote against the people's will. There have been 157 faithless electors in the United States since the 1700s, none of which have succeeded in changing the results of their elections.

All of this means that there is no credibility in claims of a Clinton takeover of the Electoral College in November. The rules during primaries and general elections are not the same, and referring to Clinton's favorability among superdelegates during her contest against Bernie Sanders is not at all relevant to the current election against Trump.