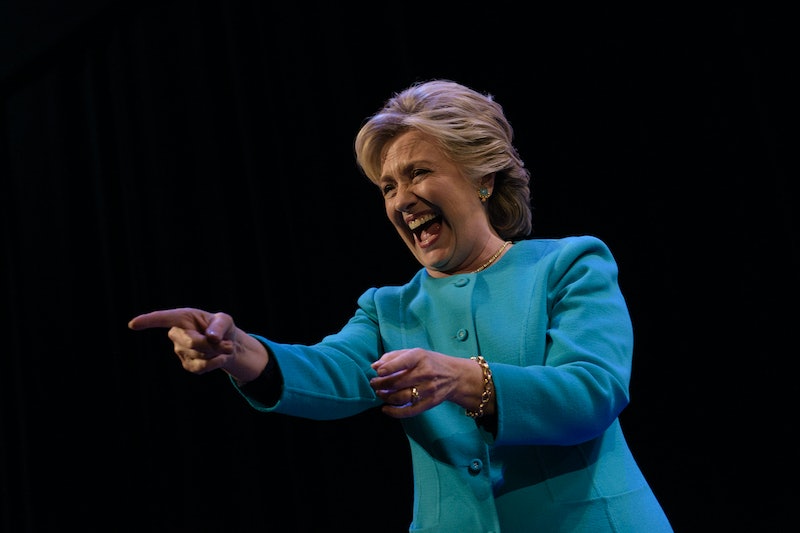 The 2016 election is finally just around the corner, but that hasn't soothed the anxiety of a lot of the people anxiously waiting for the results to come in. Voters already want to know who will be leading us for the next four years, but polls have been up and down, and there have been all sorts of theories about either candidate potentially sweeping the other. But luckily, there are a few reliable early voting predictions about the 2016 election that let us know how it will possibly turn out.

Statistician Nate Silver's first forte might have been baseball, but he has since become known as the election guru. In 2008, Silver started FiveThirtyEight, a reference to the number of electoral votes in the United States, and used polling data and demographics to predict the result of the 2008 election. Anxious voters in 2016 often turn to FiveThirtyEight's constantly updating election forecast as a relatively solid predictor of who will take the presidency. As of this writing, Hillary Clinton has a 85.6 percent chance of winning the election, compared to Donald Trump's 14.4 percent.

That figure is by no means an overall percentage of the voters that Clinton will capture, but rather the chance that she has of winning according to Silver's election models. For example, right now Silver predicts that Clinton will ultimately capture 49.2 percent of the popular vote, Trump at 42.9 and libertarian candidate Gary Johnson at 6.3 percent.

Silver isn't the only one who is betting on Clinton. Polling data collected by Election Projection shows a pretty consistent lead for Clinton. In the 10 polls it includes, Clinton leads in nine by a 5 to 11 point margin. In one, she is at a tie with Trump. And Politico reported Sunday that early voting results show Clinton and Trump close in several battleground states that Trump would absolutely have to win to take the White House, giving her a solid early showing.

But there are certainly people who believe Trump will win. The Washington Post spoke with Allan Lichtman, a history professor at American University who has correctly predicted every presidential race since 1984, who bases his prediction on "13 true/false statements that he says indicate whether the incumbent party will retain the White House or lose it in a given election." Using his true/false model, which asks questions about social unrest, charisma, and political climate, Lichtman says that Trump will win the election.

But really, there is only one way to know for sure, and that is to keep following the elections until the bitter end. Oh, Nov. 8, you really can't come soon enough.

More like this
Matt Hancock Broke a Major Rule With I’m A Celeb
By El Hunt
What To Know About Martin Bashir After Watching 'The Crown'
By Bustle UK
The Very Best Deals From Ulta's Massive Black Friday 2022 Sale
By Audrey Noble
'Waterloo Road' Is Back, With More Than A Few Familiar Faces
By Sam Ramsden and Vivian Iroanya
Get Even More From Bustle — Sign Up For The Newsletter