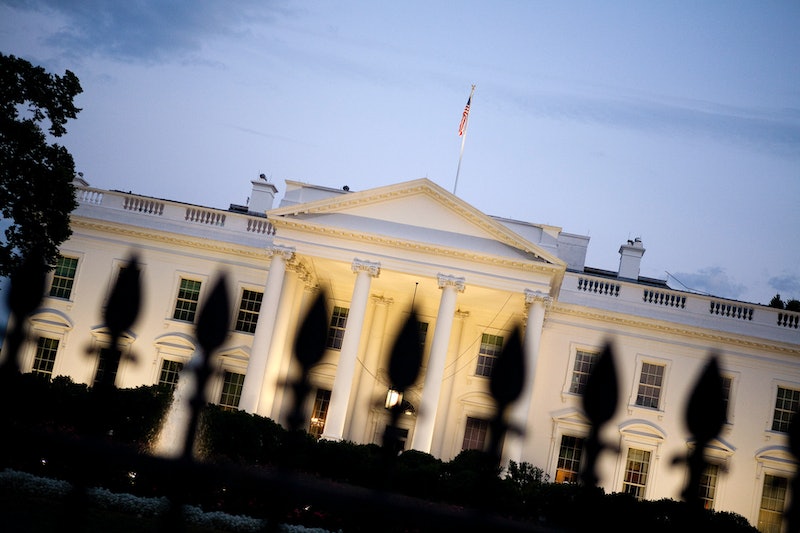 With the 2016 general election approaching, there's a pretty good chance that you already have visions dancing through your head of election days past — maybe you remember the historic election of Barack Obama in 2008, and his reelection in 2012? Maybe the elections of George W. Bush and Bill Clinton, a little further back in the rear-view mirror? Simply put, election nights burn themselves into people's memories, although sometimes they create as many questions as answers. For instance: who created the electoral college, that strange, sometimes unsatisfying method by which America elects its presidents?

First things first, in case you don't follow politics very closely, when Americans go to vote for a president, they're not electing the winner directly. Rather, they're voting on which electors to send to the electoral college, and those electors are the ones who make the decision official. There are 538 of them in all, and a candidate must secure 270 of them to win the White House.

So, who came up with this intricate system of indirect democracy? As you might expect, it dates all the way back to the nation's founding, from the very convention that gave rise to the U.S. Constitution itself — the Constitutional Convention of 1787 in Philadelphia, Pennsylvania.

The electoral college was essentially a compromise proposal intended both to facilitate a sort of national presidential election, while still deferring to the ideals of limited federal power that were so crucially prized by the states. It was conceived by the so-called "Committee of Eleven" towards the end of the convention, and ultimately received strong support from the assembled delegates. It was approved, and then codified in Article II of the U.S. Constitution.

Ever since then, despite the occasional call for the college to be done away with in favor of a popular vote, the electoral college has stood up as the system that America's used to pick its presidents. And it'll be in effect come Nov. 8, when the nation determines who will be the next leader of the nation.