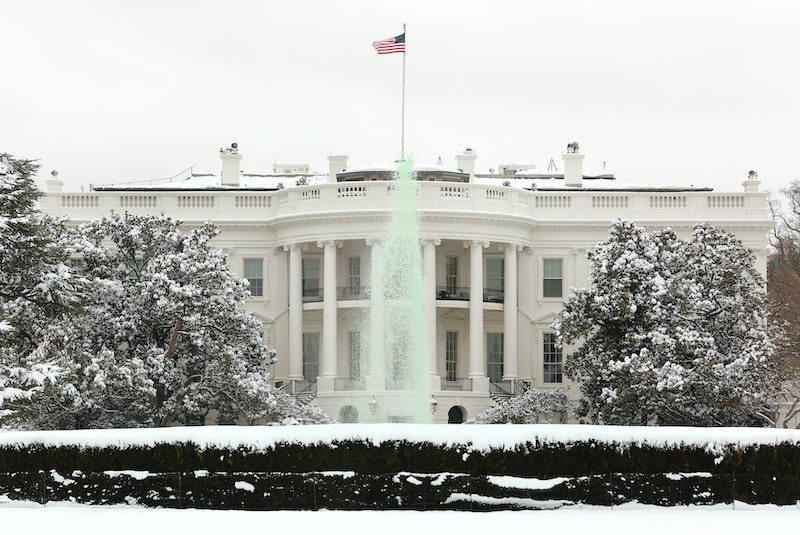 The 2016 presidential election is nearly upon us, with just a scant few weeks until the nation decides between Democratic nominee Hillary Clinton and Republican nominee Donald Trump ― third-party candidates like Gary Johnson, Jill Stein, and Evan McMullin are not competitive, much to the distress of for proponents of breaking up the two-party system. But remember: The American people won't be voting for the candidates directly, thanks to the longstanding, sometimes controversial electoral college. But if you're somebody who supports truly direct democracy, maybe you're wondering: could we get rid of the electoral college?

It was first established during the Constitutional Convention of 1787, in Philadelphia, Pennsylvania, and it's been with us ever since ― when the dust settles on election night, it won't be the popular vote total that matters, it'll be the state-by-state results, which determine the selection of the electors. It's those electors who'll ultimately pick the next president.

Never fear, however: The overwhelming majority of electors end up supporting the candidate that the state results dictate they should, with 99 percent of them throughout U.S. history having voted as pledged, according to the National Archives and Records Administration. But regardless, maybe right now you're thinking, "wouldn't a simple popular vote make more sense?"

Well, sad to say, the process for actually reforming or doing away with the electoral college is unlikely in the extreme. That's because it's part of the U.S. Constitution, meaning the only way to get rid of it is, you guessed it, by amending our nation's founding document. And considering just how major any change to the text of the Constitution is, that's a very daunting process to accomplish.

There are two different avenues open to amending the Constitution, though only one of them has ever been used. In short, it can be done through the calling of a Constitutional Convention (and no amendment has ever been passed this way), or through the House and Senate, followed by ratification by the states. The margins involved to accomplish that are almost inconceivable in today's age of partisan polarization, however ― you need at least two-thirds vote in both the House and Senate simply to propose an amendment. Then, it has to be approved by three-fourths of state legislatures around the country.

This raises the other glaring reason why reforming or abolishing the electoral college is a pipe dream: It would require smaller, less-populous states to voluntarily reduce their own power in the presidential process. Take Wyoming, for example ― with just three electoral votes, and as a reliably deep-red state, it doesn't have much influence. But it'd have worlds less in a national popular vote system, as the state is home to a mere 586,107 people according to the U.S. census, in a country of more than 318 million. For frame of reference, the entire state of Wyoming is home to less people than the city of San Jose, California, by more than 400,000 residents.

In simple terms, the electoral college helps bolster the political relevance of the smaller states, and as such, they're never going to want to give it up. It would take the support of 38 out of 50 states to actually ratify the amendment, and that's simply never going to happen. Which means on Nov. 8, as it's been for decades, it'll all come down to an array of hotly contested swing states, and which party is able to turn out more voters in key regions and counties. It might not always seem like a perfect system, sure, but it's the one we're stuck with.