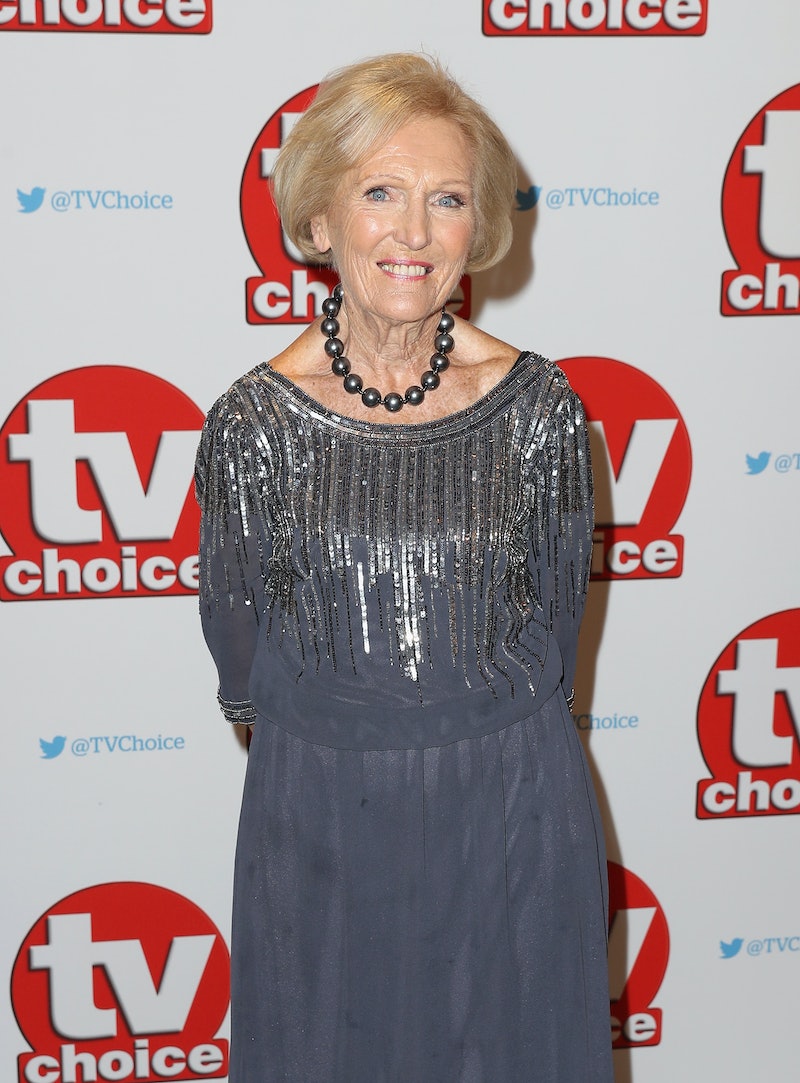 Finally, The Great British Bake-Off got the Saturday Night Live parody treatment on Oct. 15. The English TV import is currently one of the hottest shows right now (thanks, Netflix), so it was only natural for a GBBO (as the cool kids call it) to get a hilarious sketch on Saturday night. SNL's parody of The Great British Bake-Off put two Big Brother rejects in the kitchen and it was a hilarious marriage of two UK shows that the United States can't get enough of.

SNL introduced the sketch by noting that it was airing on the American broadcaster PBS (where GBBO airs as The Great British Baking Show , due to trademarks). Kate McKinnon is flawless as Mary Berry. Host Emily Blunt and cast member Cecily Strong (sporting a brilliant British accent) play two Brexit-voting women, who say, "We bake just as well as we shag; yeah, quick and lazy!" They aren't impressed that the show's prize is basically being the best baker in all of Great Britain and constantly talk about how they wanted to be on Big Brother instead. Blunt and Strong's characters even do a mock Big Brother confessional and it's pretty funny.

Even though GBBO wasn't their original show of choice, Blunt and Strong's competitors are still prepared to do anything to win — for instance, Blunt punches someone else's cake, just because.

Strong's contestant pushes the other cake off the counter — and if you look closely in the video below, it appears that McKinnon drops the cake. Whoops. Strong goes onto describe hers and Blunt's baked creation to the judges — and it's a big ol' mess with candy on top. But I mean, it has Malteasers, so win?

It's the perfect parody that SNL could have cooked up for GBBO fans.

More like this
'The Great British Sewing Bee' Semi-Final Is Extra Special For This Reason
By El Hunt
What’s New On Netflix: Lana Condor’s Ghostly Comedy & A Sexy Reality Series
By Arya Roshanian
Here’s Everything Coming To & Leaving Netflix In July
By Grace Wehniainen
Paramount+ Wants To Take Over Your Netflix
By Sophie McEvoy
Get Even More From Bustle — Sign Up For The Newsletter