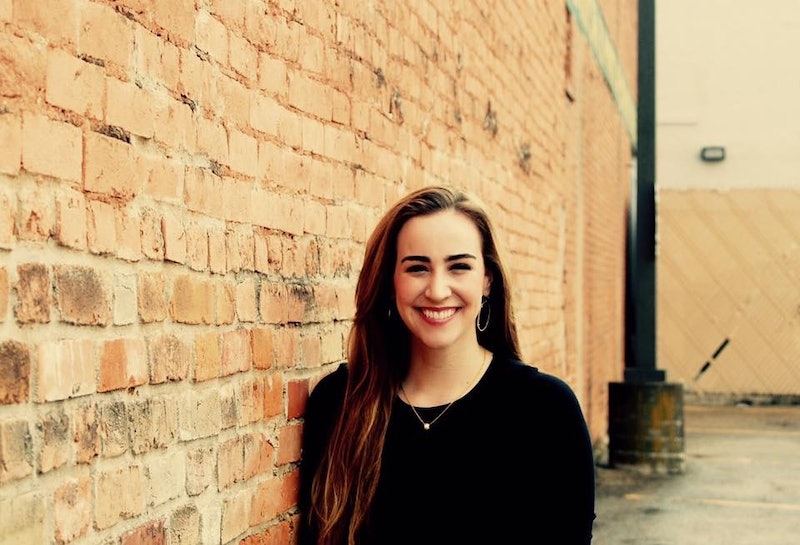 When I was six years old, my parents began to notice some oddities in my behavior. I couldn’t sit still, had trouble concentrating, and became obsessed with things like blocking out background noise, rearranging my room, and quadruple-checking my school work. Only two activities helped alleviate these impulses: singing and sleeping. I secluded myself in my room, avoided friends, and missed school out of embarrassment. After a fruitless year of doctor visits, MRI scans, and EEG tests, we were finally met with an answer — I was diagnosed with Tourette Syndrome and its charming cousin, OCD, in 2002 by the renowned Dr. Joseph Jankovic, who is widely considered to have done pioneering research in the neurological movement disorder arena.

Though it hasn’t always been easy, I’m actually quite grateful for my journey with Tourette’s. Tourette's taught me to empathize. It taught me to cherish others’ differences. It taught me how to find worth in places other than in the opinions of society. It taught me that rock bottom is the perfect place to begin an adventure. And, most importantly, Tourette’s taught me that life’s most beautiful experiences tend to occur when I am not in control. Tourette’s and OCD do not define me, but they are certainly a pivotal chapter in the novel of my life. To help further my goals of destigmatizing TS and raise awareness about its misconceptions, here are seven things people with Tourette’s want you to know:

1. “Tourette Syndrome” Is Not Synonymous With “Shouting Curse Words”

This has been the single biggest misconception I’ve experienced when telling someone I have Tourette’s. More often than not, their initial response is, “Wait, but you don’t curse all the time! Isn’t that what Tourette’s is?” Honestly, I can’t say I blame them. Contrary to the entertainment industry’s hyperbolic portrayal of the disorder, only a small percentage of people with Tourette Syndrome battle coprolalia, or the involuntary shouting of swear words. Rather, most people's involuntary spasms — which are called "tics "— include eye blinking, facial grimaces, head jerking, squeaking, throat clearing, or sniffling, to name a few.

2. Most Cases Of Tourette Syndrome Are Considered Mild

In many of those diagnosed with Tourette’s, the condition is hardly noticeable (especially post-adolescence). This was true for me, fortunately. While my sniffling, squeaking, muscle jerking, blinking, and other tics were a periodic disturbance in my elementary school classrooms, by high school, my symptoms were subtle.

3. Tourette’s Is Usually A Package Deal

As mentioned above, the severity of Tourette’s symptoms typically peaks during early adolescence. This is a major win for those longing to sit in a crowded classroom, theater, or coffee shop without receiving the shoddy side-eye. However, more than 86 percent of those diagnosed with Tourette's have also been diagnosed with at least one other related condition. Around age 18-20, symptoms of OCD, ADD, ADHD or other co-occuring disorders often intensify.

This was true for me; as soon as I started college, OCD stunted my studies and my social life. Throw in sleep deprivation and a major life transition, and you have a girl desperate for control. It’s also worth noting that OCD has become a mainstream lexicon for describing neat freaks and germaphobes (i.e. “I’m super OCD about ____"). From a medical standpoint, this is an incorrect use of the term. Behavior is considered obsessive compulsive only when it interferes with a person's ability to lead a normal life. Even if we fully recognize the irrationality of our fears, routine compulsions are a way for us to combat intrusive thoughts. So, yes, a "germaphobe" can certainly have OCD; but there is a lot more to it!

4. We Often Excel In A Specific Area Because Of Tourette’s, Not In Spite Of It

The vast majority of those with Tourette’s are considered to be creatively inclined. Coming from a finance-oriented family with zero background in performance, my artistic nature made me a black sheep. Right around the time I started seeing doctors about my symptoms, my mom, noticing that I sing to cope with stress, put me in voice lessons. Fast forward 15 years and singing is all I do — thanks, Tourette's! Fun fact: it is often theorized that Mozart had Tourette Syndrome. Pretty cool!

5. More Research Needs To Be Done

Currently, there is no cure for Tourette's, but research is still in the early stages. In the last decade alone, several methods have been developed to help to treat Tourette’s, among them oral medications, behavioral therapy, Botox injections, or, in severe cases, brain surgery. After trying a number of ineffective options, my doctor suggested I receive Botox every three months to partially paralyze the muscles giving me the most trouble. It was the perfect route for me. Though I no longer need them, at the time, Botox treatments gave me the ability to socialize, excel academically, and play sports I loved. I believe that, as awareness increases, there will be many more medicinal breakthroughs for Tourette's.

No, really. Tourette’s is caused by an overproduction of dopamine in the brain. Because sleep deprivation causes an increase in dopamine, our brain’s receptors are doubly overloaded with the chemical. When we don’t get enough sleep, our tics, and our ability to relax or concentrate, will worsen. Sayonara, all-nighters!

Many would consider this the most common misconception about people with Tourette’s. I’m grateful to have grown up in an encouraging and loving environment — when I was having trouble sitting still in class, my teachers agreed to let me complete my work at home with my parents. However, the unfortunate reality is that many kids with TS do not experience this level of acceptance. This is troubling, as Tourette Syndrome is entirely involuntary, and any anxiety/stress around social interaction can make it worse. Increasing Tourette Syndrome awareness could help society approach the condition with mindfulness and care.