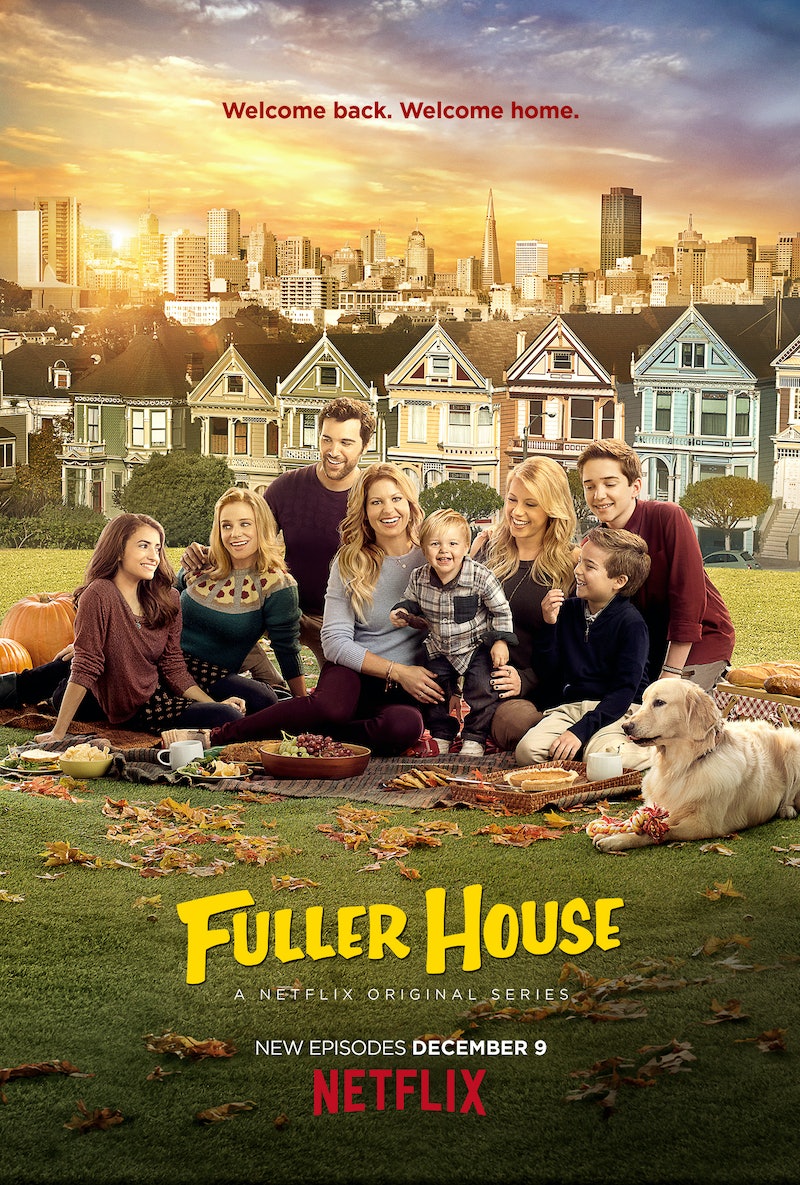 D.J. and Stephanie are set to return to their San Francisco home once again in Fuller House Season 2, and, of course, raising the next generation of kids is a crowded situation. Kimmy Gibbler moving in with her daughter, Ramona, in Season 1 is part of the reason this house is so much fuller. But, as it turns out, even more Gibblers are joining the party. Apparently, Kimmy Gibbler's brother will be joining Fuller House Season 2.

Yes, believe it or not, Kimmy Gibbler did have a family (and siblings) of her own, despite how much time she spent freeloading at the Tanner home in the original series. Actor Adam Hagenbuch (best known for his role on Switched At Birth) will be joining the cast of Fuller House as the Gibbler brother we never knew about, Jimmy Gibbler. This never-before-seen family member is being described by E! News as a "male version of Kimmy," and is a completely different entity than Kimmy's brother Garth from the original series. Naturally, this arc calls for tons of Gibbler drama to add to the Tanner family drama — as if one Gibbler wasn't already enough.

But who is Jimmy Gibbler? And where has he been all this time?

Based on the actor's age's alone, it seems as if Jimmy is younger than his sister Kimmy. Thus, perhaps the reason he was a nonentity in her childhood is because he was too young to really hang out with Kimmy. On the other hand, he could be her long-lost brother that even she didn't know about. Or perhaps he was just off bothering another neighborhood family.

This could be a blessing in disguise. With no backstory to abide by, Jimmy Gibbler is barging in without warning like any true Gibbler would, and leaving us with a pleasant lack of ideas on what to expect. Maybe he'll even catch one of the Tanner girls' eyes, and thus forever merge the Gibbler and the Tanner families into one. I mean, Stephanie Tanner is still single.

All I'm saying is that if members of the Gibbler family are making their way in, I don't see them leaving anytime soon.