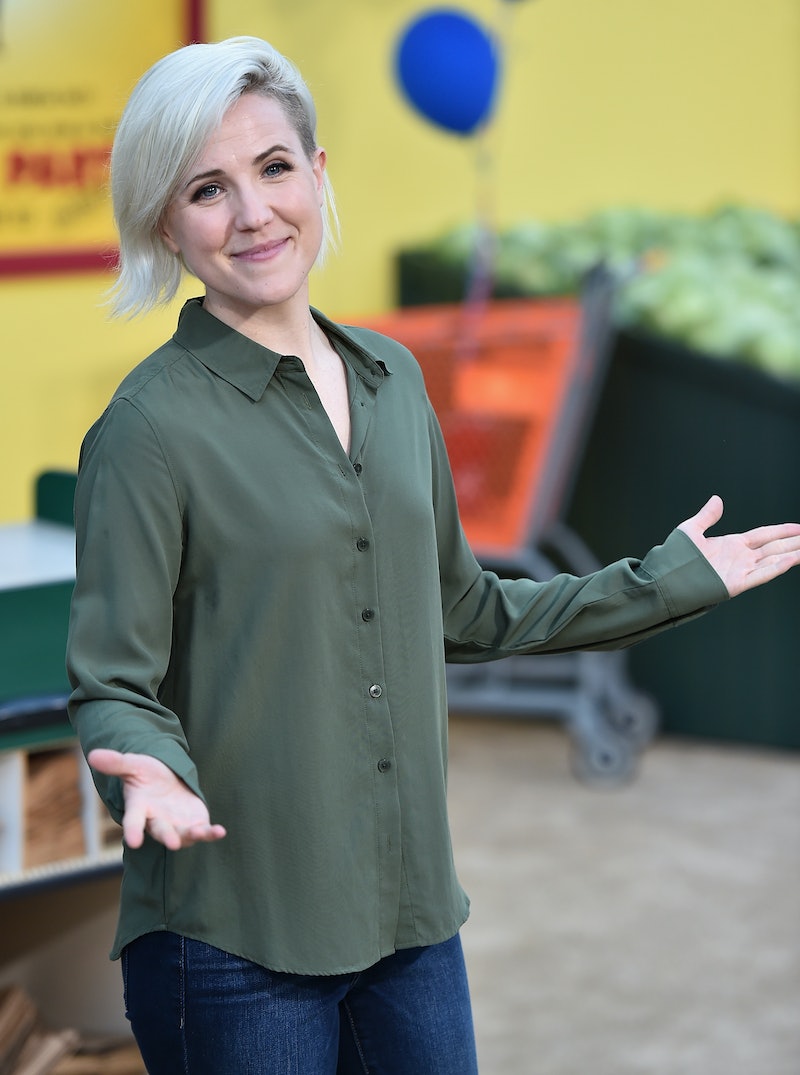 Hannah Hart seems like one of the Internet's most fun people to hang out with: I'd love to drink with her, cook food with her — and now, after watching this Facebook Live video from Bustle, playing word associations with Hannah Hart is top of my to-do list. Hannah came into the Bustle offices to chat about her upcoming book Buffering , which is out on Tuesday. Buffering is her second book — but this one's going to get much more personal than her last. Where My Drunk Kitchen was full of recipes and recommendations, Buffering is full of previously unshared stories from Hart's own life.

In a hilarious game of word associations, Hart dropped a few hints about what we can expect from her brand new book, as well as some serious words of wisdom about the Internet age. One of the most telling things was that when shown the word "YouTube," Hart instantly responded with the word "community" — showing that she holds the sharing, social aspect of the Internet in higher regard than her own incredible online fame. This backs up what Hart said earlier in the video about how the Internet age isn't about "me me me me me;" it's actually about "we we we we we."

"People think we live in a very narcissistic culture," explained Hart, "but it's actually quite the opposite. When people are looking down at their phones, it's because we're communicating with each other all the time."

As well as giving her sage insight to the online world, Hannah also showed how amazingly relatable she is. In response to "New York," Hart immediately said "tasty," because "there's a lot of good food here." Nobody could say she hasn't got her priorities in order! She was also very excited at seeing an emoji, because she says she's a "big time" emoji user, and her response to the word "wine" was basically all of us on a Friday night: "yay!"

Buffering, which is named after Hart's "processing of the data of my life," comes out on Tuesday — and after this video, I'm more excited than ever.