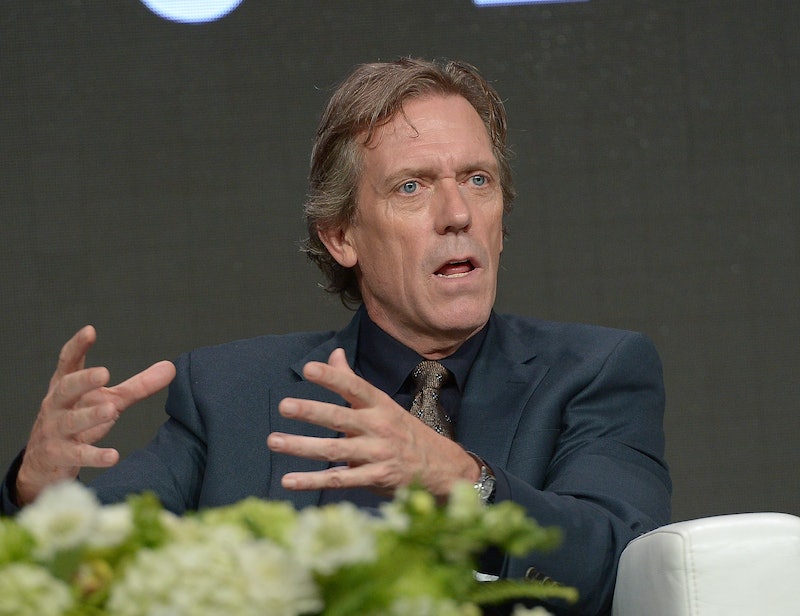 Hugh Laurie playing a doctor on a TV series where his last name is the same as the name of the show? That sounds pretty familiar to his most famous role as Dr. Gregory House on House which was the place that audiences fell in love with his irascible performance and were impressed by his flawless American accent. However, Laurie's new show, Chance looks a lot more tense — how scary will Chance be? Hulu's latest show is playing up the fright angle in the series trailers, suggesting that there's a mystery here a lot more far-reaching than House figuring out whether or not this would finally be the week where a patient had lupus.

Instead of an episode-by-episode regenerating story, Chance tells the story of what happens when Laurie's neuropsychiatrist attempts to help a woman who seems to have multiple personalities and is begging for protection from her threatening ex-husband, played by Gretchen Mol. While that premise doesn't seem to incorporate anything that would mean the show is going to go into overtly terrifying territory, it's certainly quite tense. And, the show has been referred to as a "psychological thriller" in pretty much every form of advertising.

However, "thriller" doesn't mean the series will be taken right out of a horror movie. It's all about the atmosphere and subject matter for Chance. Laurie explains to USA Today, the "horror" of the series is all about the limits of traditional psychiatry to help a patient like Mol's character. A psychiatrist Laurie spoke to to prepare for the role of Dr. Chance said, "The best I can do is manage incredibly damaged people (and) find the least bad option. Nobody leaves my office doing cartwheels." The Boston Globe 's review calls the series "Hitchcockian," more proof the show is going for style and suspense over shock or splatter horror.

After all, Laurie, Mol, and the producers of the series have never mentioned the show being gory, gross, or filled with guts in any way, shape or form. And, even based on the trailers, Chance certainly looks too slow and contemplative to be filled with aggressive jump scares. Overall, this series may be trying to "scare" you, but Chance isn't planning to do it with horror movie tactics. Instead, it plans to be unsettling, using the unreliable nature of Mol's character to build a mystery. Even those who watch horror films from behind a wall of their fingers should be safe to stream.