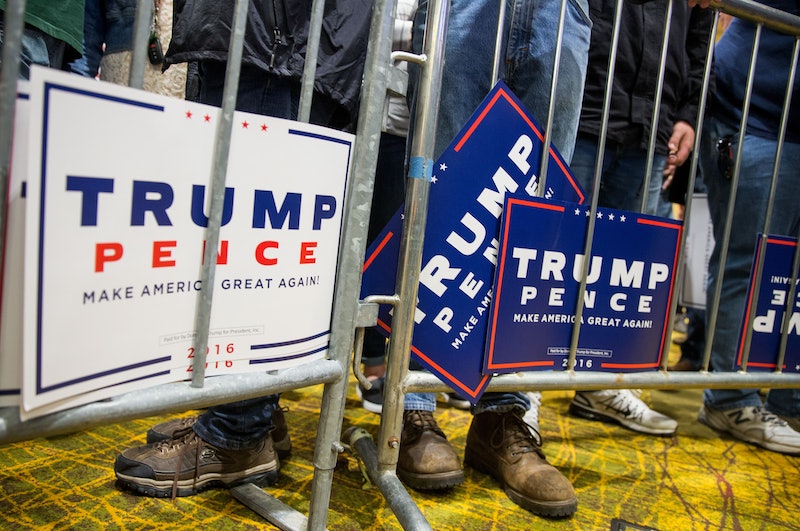 Donald Trump loves to tell supporters that together they will "take back our country," though he doesn't usually specify from whom. However, after a rocky and sometimes bizarre election cycle, Trump supporters are no longer the only people determined to take back what they feel is theirs; the creator of Pepe the Frog, the once-benign meme that has been adopted by white supremacists and the alt-right, has just announced a campaign to take Pepe back, too.

The 2016 presidential election seems to sully every apparently pure thing it touches: just ask Ken Bone. But before there was Bone, there was Pepe the Frog, the simply-drawn frog taken from an Internet comic that became the ultimate reaction meme on 4Chan and Tumblr. Pepe, strangely, was then adopted by some on the alt-right as a hate symbol. The original adoption of Pepe seemed to be a hoax designed to trick journalists into thinking Pepe was a hate symbol, but ultimately members of the alt-right began in kind to use images of Pepe in their Twitter bios and profiles and Pepe was formally listed as a hate symbol on the Anti-Defamation League's website.

The Pepe page on the ADL website includes several disturbing images of the frog dressed as Hitler and a Klansman, and features racial slurs and other language promoting white nationalism. Trump and his son, Donald Trump Jr., both recently shared memes that include Pepe. Trump Jr. has previously been criticized for sharing memes that originated in white supremacist Internet groups, including one comparing refugees to Skittles.

Pepe the Frog seemed like just another weird casualty of a strange election cycle. However, the original artist behind Pepe the Frog, Matt Furie, is not having it. Furie and the ADL, it was announced Monday, are working together to promote new, positive images of Pepe in an attempt to disentangle the meme from the racist groups that have begun using it. The ADL released a statement explaining the collaboration:

Furie will create a series of positive Pepe memes and messages, which ADL will promote on its social media channels with the hashtag, #SavePepe. ADL will encourage others to retweet and share positive images of the frog an in attempt to rehabilitate him and move his image out of the realm of hate speech.

So can Pepe be saved? The first of the new Pepe comics, "To Sleep, Perchance to Meme," was released on the Nib and shows Pepe having a nightmare in which he apparently morphs into Donald Trump, only to become trapped in a series of sharp teeth and have visions of a mushroom cloud. At the end of the strip, Pepe wakes up, but he is still upset.

A search for the hashtag #SavePepe on Twitter so far produces mostly stories about Furie's announcement instead of actual positive Pepe memes; it will be interesting to see whether Furie and the ADL are successful in motivating people to share and post new Pepe material.