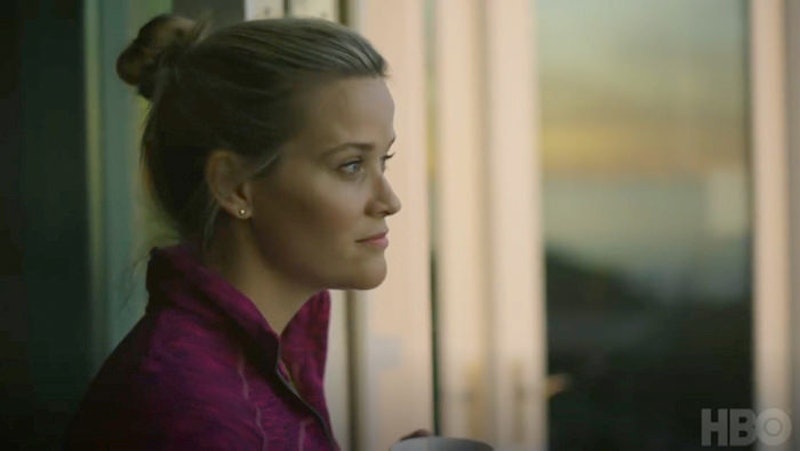 All of you Liane Moriarty fans can finally breathe easy: HBO has released the first preview for Big Little Lies, and it looks and sounds incredible. Not only do the short clips and cuts in between scenes capture the limited series’ secretive nature, the song in the Big Little Lies trailer does, too. Really, the song is a perfect one for the series. Based on the book by Moriarty by the same name, the HBO adaptation is all about — among other things — parents behaving badly.

For each of the characters in the series, what’s hiding beneath the shiny veneer of their perfect lives is something very dark. For this reason alone, the song in the trailer brings into better relief the troubling contrast between their public and private lives. And it’s a famous one, one you probably recognized within the first few second of hearing it. But because none of the lyrics are ever sung in the trailer — except for one — it might not be as obvious as it sounds.

The song is “Papa Was a Rolling Stone” by The Temptations, and here is why it’s so perfect for the Big Little Lies trailer: For a series that follows three women as they try to navigate the husbands, ex-partners, their children, and each other, a song in which the singer is trying to make sense of the version of his father that his mother told him about is really perfect. Like, it’s poetic how perfect it is.

The trailer, which shows the three main characters — Madeline, Celeste, and Jane — running along the beach, appearing on the surface like the perfect picture of motherhood, is interwoven with images of their true indiscretions flashing before the viewer’s eyes. And that startling visual contrast is made all the more mysterious by The Temptations classic.

The women in this series are definitely hiding some big lies, and a song like “Papa Was a Rolling Stone” is the perfect way to capture the difference between the stories they are telling the world and the stories that are keeping them up at night.