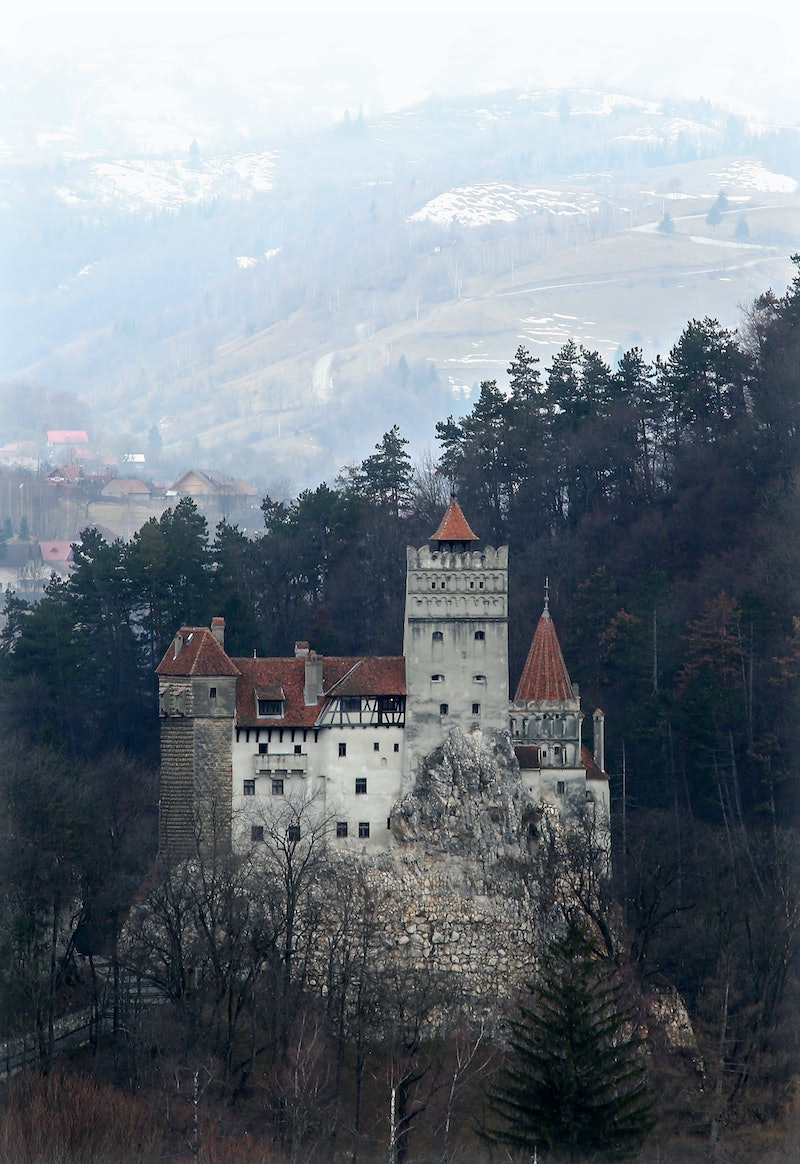 Halloween has a lot of so-called "fans," but only the true lovers of spookiness will be up for this challenge: There is a contest wherein the prize is a free night in Dracula's castle, courtesy of Airbnb. By which I mean a former abode of Vlad the Impaler which known as Bran Castle. So, no, we're not talking about vampires here — but Vlad the Impaler, widely known to have inspired Bram Stoker's creature of the night and therefore technically the name of the "real life Dracula," was famous for impaling his victims with stakes, which is, honestly, a whole lot scarier. Oh, and the free night you'll spend in Bran Castle if you win? It's Oct. 31. So, were you saying how much you loved Halloween, or...?

Announced on Monday, the contests asks participants to imagine what kind of "vampiric wit" they would display should they come "face-to-fang" with the Count. Entries must be 50 to 500 characters in English, French, German, Spanish, Italian, Russian or Portuguese, or 100 to 300 characters in Chinese (Simplified or Traditional), Japanese or Korean. In addition, participants must be at least 18 years old. Sorry, minors; you're too wee to get in on this

The contest is being hosted by Dacre Stoker, great-grand-nephew of Dracula writer Bram Stoker. According to the Associated Press, Stoker will be embodying Jonathan Harker, Stoker will be embodying "Jonathan Harker," a character from the classic horror novel who encounters Count Dracula, on the night in question. He will also be in charge of leading the retreat, which will begin with a ride in a horse-drawn carriage, an opportunity to wander through all 57 rooms of the castle, and a candlelit dinner, made exactly as was described in Dracula.

I have not read Dracula, but apparently the meal is "hearty and blood-enriching."

The very fun finale will include getting to sleep in velvet-trimmed coffins in a crypt, just like spooky, scary Dracula. Yes, coffins. Like, literally, where vampires sleep and corpses reside. In a crypt, in the castle where a real-life serial killer murdered a whole slew of humans, in the mountains, where no one can hear you scream. Beds are also available for wimps.

For what it's worth, Bran Castle isn't actually the only castle associated with Vlad the Impaler; there's also, for example, Poenari Castle, which is located a couple hours away from Bran Castle according to Google Maps. Bran Castle is probably the most famous, though; you may have seen it on television programs like Scariest Places On Earth or Ghost Hunters International. I mean, sure, it's hyped... but given the history of the place, the hype is perhaps understandable.

Since a lot of people do not live anywhere Transylvania or the Carpathian mountains, the prize for the Airbnb contest will also include plane tickets from anywhere in the world. If you are feeling brave, the full guidelines for Airbnb's Night At Dracula's Castle contest are available here. Just don't bring anything garlic-scented. That's actually, like, a rule.