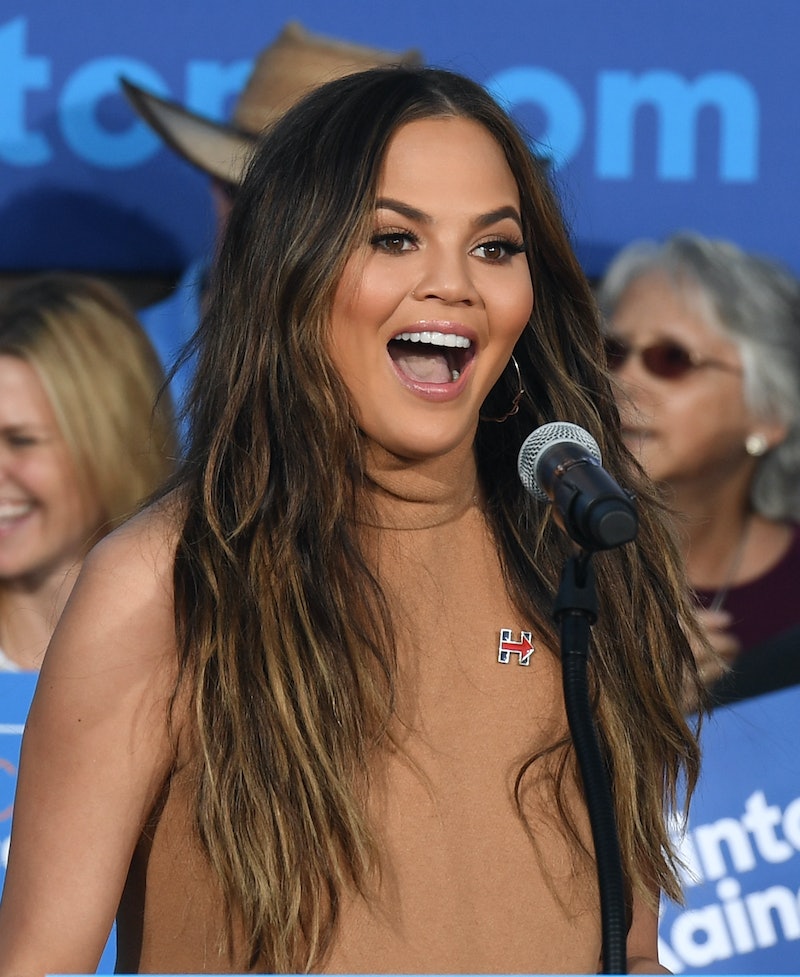 Chrissy Teigen seems to have everything under control, but there's one area where she needs our lowly help: baby Halloween costume inspiration. Talking to E! News on Sunday, model and TV personality Chrissy Teigen asked for Halloween costume ideas for Luna, her and John Legend's six-month-old daughter. Apparently, she's been having some difficulty finding a good infant costume. "I've been looking online for costumes but I cannot find anything for a 6-month-old," she revealed. "They're always sold out or it's for older [kids], or a little too adult."

Teigen and Legend, who have been married since 2013, had Luna in April, so she's a little young for candy. Teigen admitted that she would feel selfish trick-or-treating with her daughter, as everyone would know who the candy was really for. Teigen also revealed that she and Legend were going to center their costume around Luna, so finding one is of utmost importance. She then asked for help from the public: "If anyone has a costume, an old costume, for a 6-month-old, send it to me!" While I don't have any costumes to send, I do have a few baby costume ideas for Chrissy and Luna. Here are some adorable and appropriate suggestions.

A Lobster In A Pot

Is there anything cuter than a baby lobster in a pot? Teigen and Legend could dress like chefs, which is perfect for Teigen's foodie lifestyle.

Teigen loves Taco Bell, and there are some adorable baby taco and burrito costumes out there.

This is just an adorable baby costume, and six-month costumes are even available online!

Teigen has a great sense of humor, and giving Luna some glasses, a white wig, and wrapping her in a shawl would be adorable and hilarious.

Again with the food theme, the blog Really Risa has an adorable DIY sushi roll costume.

Teigen and Legend have four dogs, and they could give Luna a costume to match.

If they want to go the classic route, a pumpkin is always an adorable, comfy option for a young baby.

Whether Luna would channel North West's skunk costume or one of her iconic outfits, wouldn't it be funny if the Teigen-Legend clan went as their friends, the Kardashian-Wests?

Luna already has a chef costume, so this is a good last minute option.

Whatever Chrissy decides, Luna is sure to be adorable. Halloween, and the celebrity baby costumes that go along with it, can't come soon enough.