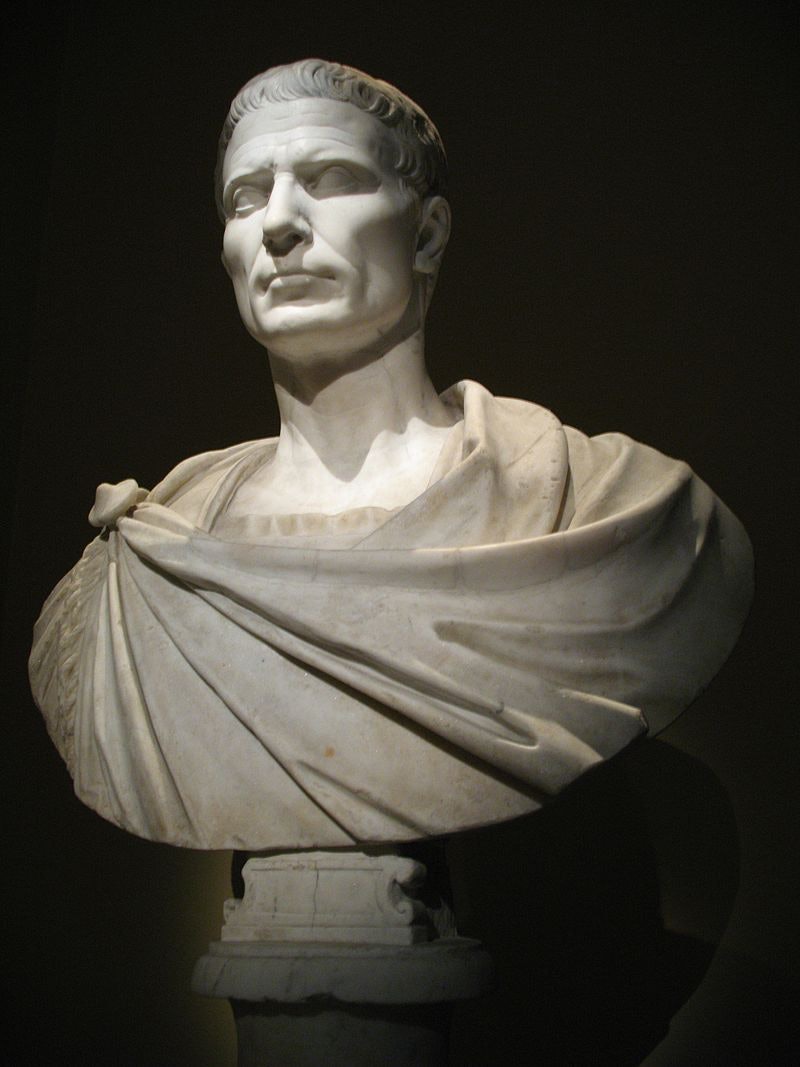 Given the panic that Republican presidential nominee Donald Trump has created with his claims that the 2016 presidential elections will be rigged (despite the fact that they haven't taken place yet), you might be wondering if rigged elections actually exist, and if so, how they play out. It's true, elections can be rigged — and the examples below, from buy-outs in ancient Rome to lavish dinners for voters in 18th century England, show what they really look like. If Trump's desire is truly to have international observers watch the US election incredibly closely to monitor for voter fraud, they may well do so (though it's much more likely he's blustering in preparation for a loss); but it's worth keeping in mind that a "rigged election" isn't just an election with an outcome that you don't like — there are many real instances throughout electoral history of out-and-out fraud, corruption, and chicanery.

How do you corrupt an election? The "rigging" mechanisms are many: leaders can issue ballots with only one name on them, or stuff ballot boxes beyond the realms of possibility. They can use voter intimidation, faulty voting equipment, have single voters cast multiple votes, and utilize a thousand other tricks to get things to swing their way. Robert Mugabe in Zimbabwe is an expert, as are the farcical elections in North Korea that only have one option on their ballots. Compared to some of the other episodes of rigged elections in history, though, those people look slightly amateurish. Everybody from tinpot dictators to Julius Caesar has gone into the game.

60 BC: Julius Caesar Bribes His Way To The Top

We think of the ancient world as the birthplace of democracy, but ancient politics made history in other ways, too: the election of Julius Caesar to the position of consul in Ancient Rome in 60BC was one of the biggest high-stakes electoral fiddles in history, not least because it was one of the building-blocks of power for Rome's most famous leader.

The election was astonishingly bribery-prone: the Roman historian Suetonius records that, when Caesar's opponents found out about the amount of money he was planning to lavish on the electors, they ran to match the amount, with even the highly moral politician Cato noting that bribery, in this circumstance, was "good for the commonwealth." Caesar and his opponent, Bibulus, were elected; but Caesar had formed a canny alliance with two other political players, Pompey and Crassus, and basically forced Bibulus to stay home and sulk. Suetonius notes, sarcastically, that people referred to it as the consulship of "Julius and Caesar," not "Caesar and Bibulus."

1768: Three Earls Spend Their Fortunes Trying To Influence An Election

If you think campaign spending for a national election sound ruinous, spare a thought for the election campaigners in Northampton, England, in 1768. The three candidates themselves were kind of irrelevant; the real contest was held between their respective backers, the phenomenally wealthy Earls of Halifax, Northampton and Spencer (pictured). Each of them lavished approximately £100,000 (in today's money, between $15-20 million) on the local electorate to try to get their nominee into the seat. The decadence, with daily lavish dinners at their respective castles and other entertainments, earned the contest the title of the "Spendthrift Election," ruined Halifax, and caused Northampton to sell off his ancestral property and leave for Switzerland.

1876: A Contentious Election Ends In Voter Intimidation & Votes Tossed In The Trash

The electoral history of America isn't exactly devoid of dirty dealings. The 1876 Presidential election was beset by allegations of fraud and voter intimidation on both sides. Democrat Samuel Tilden had won the popular vote and at first looked to have won the electoral vote as well, but various electoral districts across the South had questionable results. It seemed that Tilden's party, the Democrats, may have used voter intimidation and violence across the states, and that Republicans in retaliation threw out huge swathes of votes, giving Republican Rutherford Hayes the day. To resolve the chaos, an Electoral Committee was appointed; but back-door politicking meant it was overrun by Republicans, who duly voted Hayes in. He was referred to as "His Fraudulency" by many for the rest of his tenure.

It takes a spectacular kind of election to win the Guinness World Record for the most corrupt in history, but the general election in Liberia in 1927 did just that, making the 1982 edition of the record book. The man behind the fraud was Charles D B King, who was seeking a third term as President against an opponent named Faulkner, and he didn't leave a stone unturned to make sure the outcome lay in his favor. He won around 234,000 votes compared to his opponent's 9,000, which would have been a landslide victory — had there not been only 15,000 registered voters in the country at the time. A prominent Liberian lawyer referenced the past chaos this year, warning that King had "betrayed the promise of upholding the law and morally governing our country" and that the upcoming Liberian elections, held in 2017, had to do better. (King was a charmer all around: he was forced to resign as President in 1930 after Faulkner accused him and his political party of recruiting contract labor and selling them as slaves.)

1962: Haiti Only Offers One Option

The 2014 death of Jean-Claude "Baby Doc" Duvalier, a Haitian ex-dictator, drew memories of his father, Francois "Papa Doc" Duvalier, and their astonishingly brutal combined time in power. The Guardian called their regime "one of the most corrupt and ­repressive in modern history," noting that, during the 28 years in which the Duvaliers held power, their private army, the Tonton Macoutes, had "killed between 30,00 and 60,000 ­Haitians, and raped, beat and tortured countless more."

Against that horrific backdrop, a bit of electoral fraud may seem rather benign, but it was all extremely sinister. Papa Doc had consolidated his power in 1962 by being elected President by a whopping 1,320,748 “yes” votes — in an election that had exactly 0 votes for anybody else. Not to be outdone, he asked to be elected as "president for life" in 1964 and won 99.9 percent of the vote, largely because there were no opponents and all the ballots were pre-marked "yes".

1955: Vietnam Keeps An Emperor From Campaigning

The 1955 referendum about the state of Vietnam was an enormously complicated affair, with American interference, a Prime Minister battling against a former emperor for control, and labyrinthine political interests at every turn. But one thing was clear: the Prime Minister, Ngô Đình Diệm, was not prepared to lose to Bao Dai, Vietnam's final emperor. He prevented the ex-emperor from having any voice in the election, allowing the press to run riot with rumors that his opponent was sexually licentious, illegitimate and sleazy.

The ballots themselves were even manipulative: votes for Diệm were made of red paper, which was considered lucky, while votes for Dai were made on green paper, which was hugely unlucky. Diệm went on to win more votes in Saigon than there were registered voters, and grabbed an extremely improbable 98.2 percent of the vote.

You have to give Teodoro Obiang Nguema Mbasogo, who became head of Equitorial Guinea after a bloody coup d'etat in 1979, a twisted kind of credit: he's sustained a total grip on the electoral results for decades, managing 98 percent at a minimum (particularly remarkable since he's only allowed other people to be on the ballot since 1996). Obiang has been dogged by allegations of electoral fraud in every election for the presidency, including 2009 (when a voting official was apparently forced to sign off a vote count with a pistol to his skull) and 2016 (where many opposition voters were prevented from voting). The most stupendous example, however, comes from 2002, where Der Spiegel found that some electoral areas gave him a whopping 103 percent of the vote.

More like this
The Historical Meaning Behind Why Autumn Is Called ‘Fall’
By Chelsey Grasso
Angel Number 333 Is All About Self-Love & Alignment
By Brittany Beringer and Kristine Fellizar
The Spiritual Meaning Of Angel Number 666, Explained
By Brittany Beringer
26 Ghost Story Podcasts To Get You Ready For Halloween
By Jessica Booth, Mia Mercado, JR Thorpe and Emma Carey
Get Even More From Bustle — Sign Up For The Newsletter