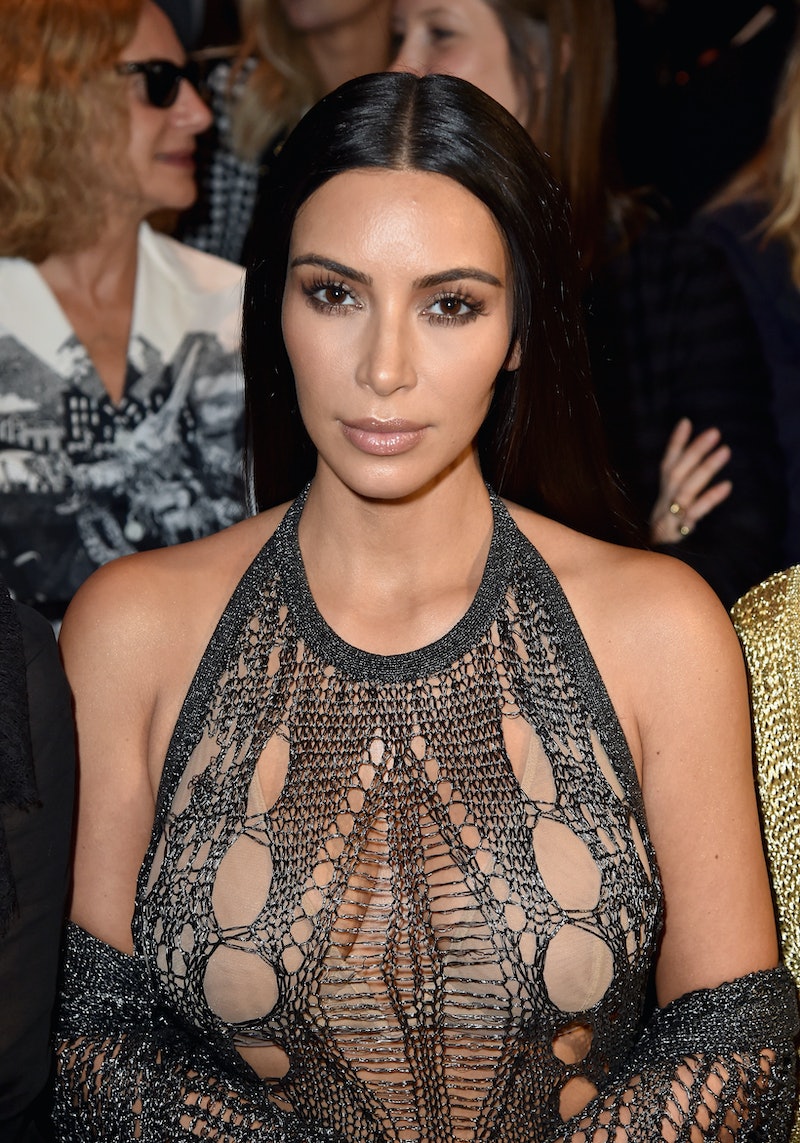 More and more news surrounding Kim Kardashian's robbery keeps surfacing, and two weeks later, it seems like it's not slowing down anytime soon. On Tuesday, the concierge from Kardashian's hotel came forward to make allegations about the building's security. But something else important came out of the situation: for the first time, the concierge has revealed his identity, and now that he's sharing his side publicly, it's pretty clear that Kardashian's horrifying ordeal is far from over. Bustle has reached out to Hôtel de Pourtalés for comment on the concierge's allegations, but has not yet heard back.

The Paris Police Prefecture told Bustle when orginally asked about the robbery news: "We are not able to respond to your request because a judicial inquiry is opened only the Paris Prosecutor's office which can communicate to the press and the public and to not interfere with ongoing investigations."

While talking to the Daily Mail, the concierge — now known as 39-year-old Sorbonne student Abdulrahman (he withheld his last name, although photos of him are included with his interview) — alleged that there had been "no security at all" for years at the hotel where Kardashian stayed. He also claimed that there were no working cameras in place and that the code to get into the building hadn't been changed in a long time. Abdulrahman also alleged that there was just one lock on the door to Kardashian's apartment, and said that he's planning on taking "legal action," according to the Daily Mail, against the hotel for allegedly ignoring his warnings about security long before the attack even happened. Daily Mail reporters claims they tried out the code Abdulrahman gave them and were allegedly able to gain access to the hotel.

So much of what Abdulrahman has claimed would be shocking, if true. But if this story is any indication, I wouldn't be surprised if even more details emerge in the coming days.

Abdulrahman's claims, particularly that he wants to take legal action, also probably mean that this case will be dragged out even further with more of an investigation, making it difficult for Kardashian to move on and find peace with the situation. I've never been attacked like Kardashian has, but I'm assuming that reliving what happened to her can't be easy.

For now, Kardashian is taking a break from work, and it's probably for the best. She has enough to deal with right now. Hopefully, the rest of this case will get settled as quickly and smoothly as possible. She deserves to move on to better, happier days ahead.