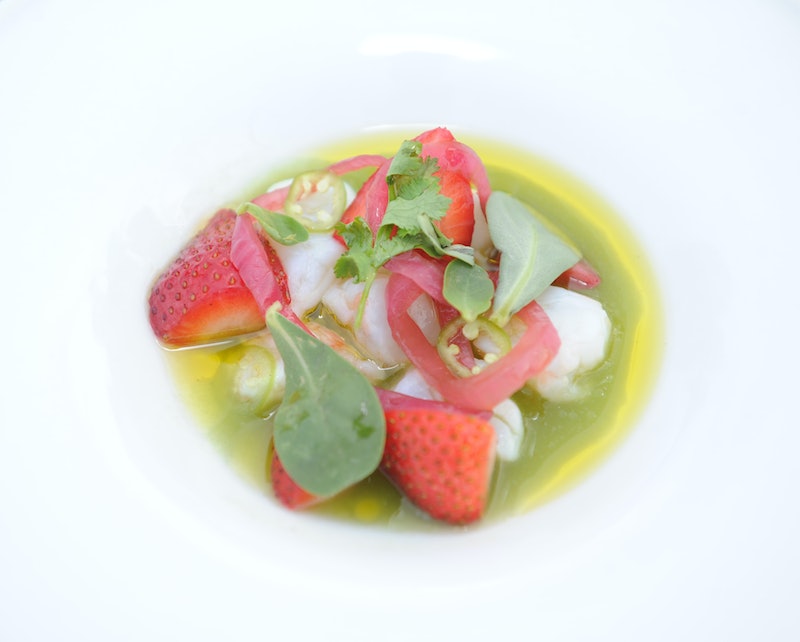 Fad diets with lots of rules have always been a thing, but it seems like these days, we’re bombarded with a new food to either avoid or stock up on every week. How are we supposed to make sense of it all — especially when there haven’t been any meaningful studies that track and compare the effects each of them have on our health? Have someone conduct said study, of course — which is just what the scientific publisher Annual Reviews asked Dr. David Katz of Yale University’s Prevention Research Center to do.

Katz and his Yale colleague, Stephanie Meller, pitted seven of today’s most popular diets against each other — low carb, low fat, low glycemic, Mediterranean, mixed/balanced (DASH), Paleolithic, and vegan — while also throwing in a few elements from other types of diets to see who would come out on top. The wrote about what they found in a paper called “Can We Say What Diet Is Best for Health?”, and the answer is...none of them.

What they found is that there are things they all have in common that are proven to be beneficial to health. Basically, if we avoid processed foods, stick with things that are “close to nature,” and eat mostly plants, we’re at our healthiest. Fruits, veggies, whole grains, nuts, and seeds? Eat ‘em. Eat ‘em as much as you can. Folks with these kinds of diets end up with fewer cancers and less heart disease. Makes sense, right? It’s the Occam’s razor of food.

Some details: There’s no evidence that low-fat diets are better than diets like the Mediterranean that are rich in “good” fats; the Mediterranean diet, however, does positively affect heart disease, cancer risk, obesity, and metabolic syndrome. Similarly, low-carb diets aren’t necessarily better for you — it’s smarter to be carb-selective, as including whole grains can lower your risk for cancer and help you stay in control of your body weight. We should all be paying attention to glycemic loads, as those that have high ones up the risk of heart disease. And as for Paleo? Katz and Meller determined that since today’s meat isn’t anywhere near wooly mammoth meat and the plants that were around during the Stone Age are extinct now, we can’t accurately judge the diet’s effect on health. Sorry, Paleos.