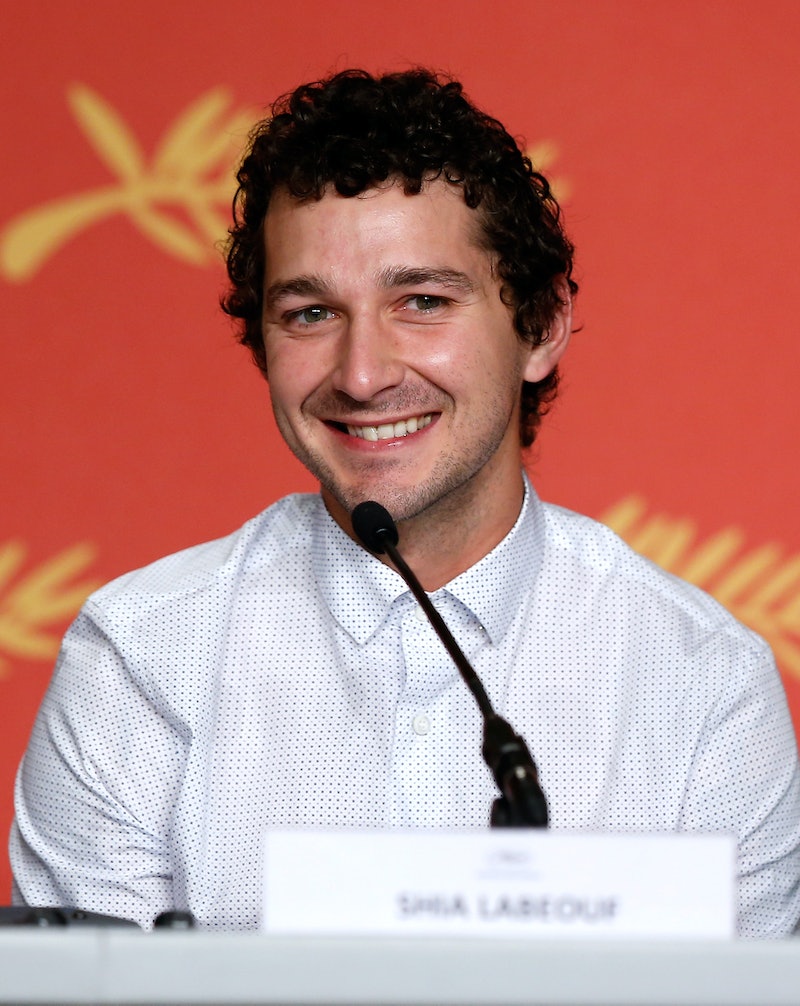 You'd think this would clarify things, but it really only made them more confusing: Shia LaBeouf confirmed his marriage to Mia Goth on The Ellen DeGeneres Show Tuesday, but he didn't actually address the statement by the Clark County, Nevada Twitter handle that his Vegas wedding was more of a commitment ceremony rather than a legal one. LaBeouf, who seemingly married his longtime girlfriend last week in a live-streamed Las Vegas ceremony performed by an Elvis impersonator, spoke to DeGeneres about the wedding and seemed to deny that it was another piece of his performance art.

When the host congratulated LaBeouf on his wedding ("I think," she added), the Disturbia star explained that yes, the two really did tie the knot.

"I did, yes," he responded. "You said 'I think' because you thought I was messing around or something." He explained that the whole thing wasn't supposed to be live-streamed, however.

"The plan was for it to be a private deal. Part of the package, the King Tut package, you get a live stream for free," LaBeouf said. "We get home and it’s like, 'Whoa hey, listen something changed.' So I called them up and they said, 'Somebody pressed the wrong button that sends the video to TMZ.'"

TBH, the reason why LaBeouf's retelling to DeGeneres is so confusing is the same reason as to why he's such a talented actor: Dude has an uncanny ability for deadpan humor, and it's difficult to discern where the joking ends and actual truth begins.

According to the official Clark County, Nevada Twitter handle, LaBeouf and Goth were not legally married — but rather the ceremony was more of a commitment to their love:

For his part, LaBeouf did not address the actual legality of his marriage on Ellen, but said: "We're proud of it. It was love."

Whether technically legal or a commitment ceremony, whatever LaBeouf and Goth's Elvis-themed Vegas wedding actually was, it's clear that it's a sweet celebration of their love — however unconventional that may be.