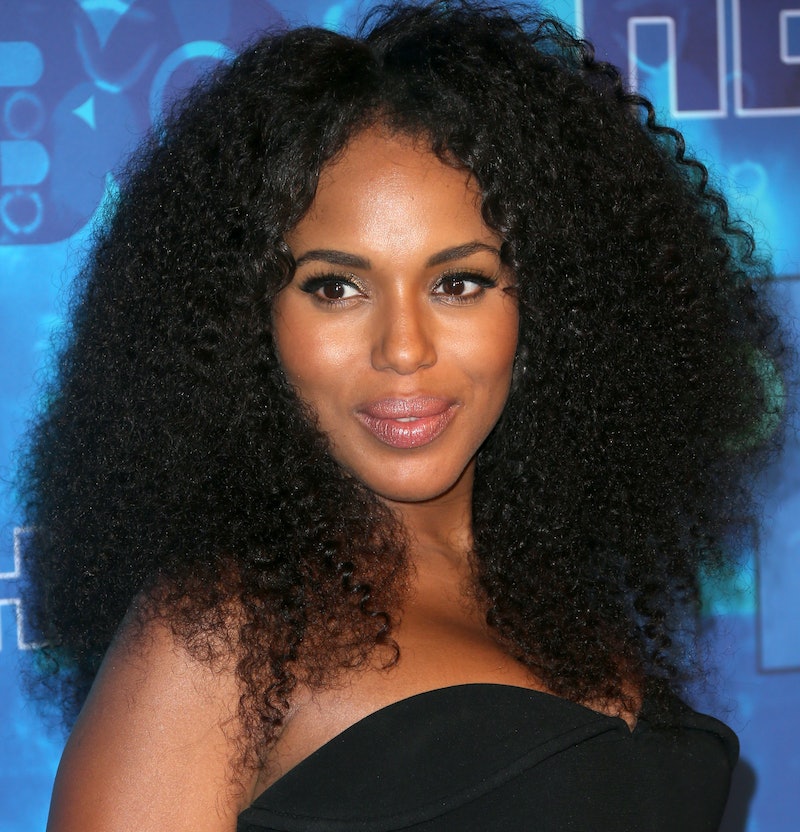 Exciting news for Scandal fans and fans of cute tiny humans, alike: According to E! News, Kerry Washington has welcomed her second child with her husband, former NFL cornerback Nnamdi Asomugha. While there aren't many details available yet — and probably won't be for a while seeing as the couple is pretty private about their personal lives — E! reports that they named their new baby Caleb Kelechi Asomugha and that he was born on Oct. 5. Bustle has reached out to Washington's rep for comment on the report, but has not yet received a response.

Caleb joins older sister Isabelle Amarachi Asomugha, who was born in April 2014. Like with Caleb, Isabelle's birth was also reported a couple of weeks after she was born.

Washington's husband is American and was born in Louisiana, but his parents are both from Nigeria, which explains the choice of both children's middle names. A quote from a 2009 profile of Asomugha on the Raiders website includes the following quote from the athlete: "I feel pretty strongly about [my heritage] because that’s what I was raised on. That’s my culture." He continued, "My grandma lived with us when we were very little and all she spoke was Igbo [a Nigerian language]. She didn’t speak much English so we had to learn the culture and the language so everything is pretty near and dear to us."

While Washington is far from an over-sharer, she has spoken out about her kids before. In September, she spoke to Entertainment Tonight about whether she knew the baby's gender, and she definitely had her priorities straight. "We don't know, yeah. I'm open — honestly, healthy, happy baby — that's what we want," she said.

And now it sounds like that's exactly what she got. Congrats to the parents and new big sister Isabelle!