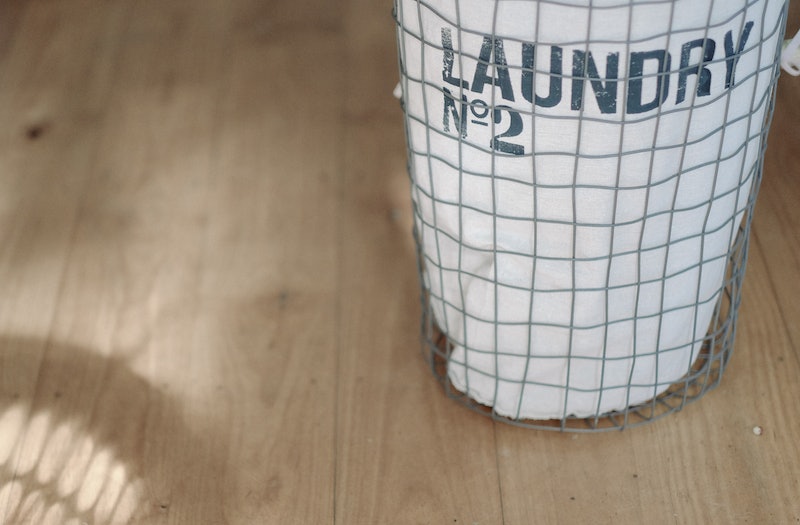 There are certain life skills that every kid should learn at some point: How to do laundry. How to make grilled cheese. How to vacuum. You’d think this wouldn’t be controversial, but welcome to 2016, folks. Recently, a Michigan mom posted about teaching her little boy to do housework on Facebook. The post has gone viral, with a whopping 146,000 “likes” and nearly 8,000 comments. Most commenters have been supportive of a mom attempting to raise a self-sufficient son, but, of course, some people have been critical because this is the internet.

In early October, Nikkole Paulun, a mother of two, posted images of her 6 year-old son, Lyle, cooking, doing laundry, and doing dishes. “I teach my son to cook & do household chores,” Paulun wrote. “Why? Because household work isn't just for women.”

She goes on to list a variety of reasons that her son should know how to do domestic tasks:

Paulun, who you may recognize from the second season of MTV’s “16 And Pregnant,” concludes by arguing that a man’s ability to take care of himself shouldn’t be dictated by gender stereotypes:

My son will never be too "manly" to cook or do chores. He will be the kind of man who can come inside from changing a tire to check on his pot roast. Who can properly sort his laundry and mow the lawn too. Remember parents, a man who believes he shouldn't have to cook or do chores was once a boy who was never taught any better.

But a few people have been critical of Paulun’s approach. One commenter accused Paulun of treating her kids “like slaves,” writing, “You do not have kids to be your slave! Or to do the chores that you yourself don't want to do. I agree with teaching responsibility! But enough is enough.” Paulun responded, “He's definitely not my slave lol. I enjoy and do the majority of the housework. My son just helps along the way & earns allowance as well.” She also posted a photo of him playing video games on the couch after doing his chores. (He certainly does not seem to be suffering.)

Another commenter seemed concerned that Paulun wouldn’t hold her daughter to the same standard. “Will you teach daughters to do yard work, change a tyre and [mow] the lawns, or the typical response of that's a man's job only goes one way?” he wrote. Paulun assured him that her daughter will learn to do the things that are commonly associated with the “man’s job,” writing, “Yes my daughter will know how to do all of those things. She's just too young to teach still. They're raised seeing me do both since I'm a single mother.”

It seems like the goal of any parent should be to raise kids who can take care of themselves, without arbitrary gender conventions getting in the way. If Paulun is raising her son in a way that allows him to manage his own life and contribute to his future household, that can only be a good thing.