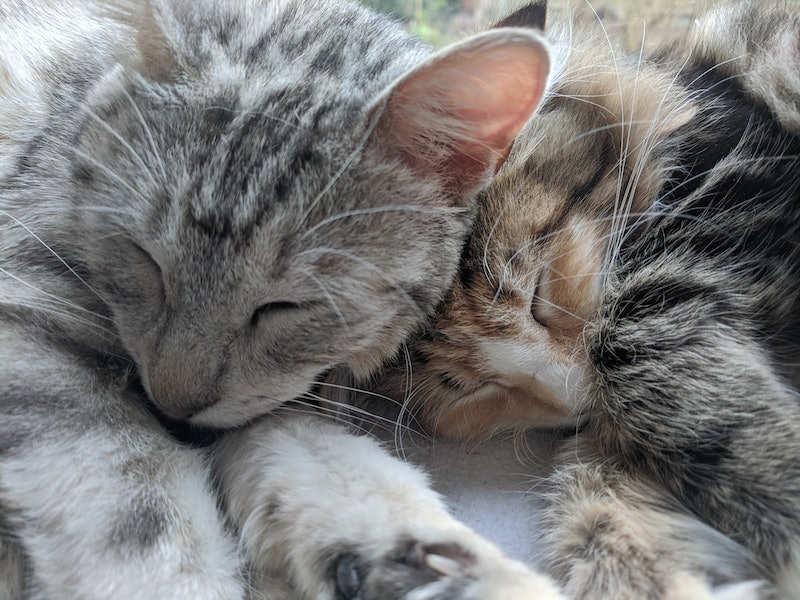 It's well established that seven to nine hours of sleep each night is the magic number which has us functioning well the next day. But some of us can also survive on a lot less, too — and on a regular basis, at that. So what are the signs you're a habitual short sleeper, exactly? If any of the following sound familiar, you might belong in this category

First things first, though: What exactly is a "habitual short sleeper?" They're typically described as people who get five to six (or fewer) hours of sleep per night, rather than the seven to nine hours recommended for adults by the National Sleep Foundation. And, in fact, there might be a number of benefits associated with being a short sleeper: Recent research from the University of Utah published in Brain and Behavior, for example, actually found that some short sleepers who sleep for six hours or less each night displayed "enhanced" brain activity.

The study saw scientists examine the brain activity of 1,200 sleeping people using functional magnetic resonance imagine (fMRI) scans. The group was split into those who sleep six hours or less a night, and those who slept more than six hours. The short sleepers were further split into two more groups: Those who felt alert after sleeping for less, and those who felt drowsy. All the short sleepers regardless of which subgroup they were in were seen to have this enhanced brain activity: That is, the way in which sensory information was processed, the hippocampus, and memory all displayed “enhanced connectivity.”

Jeff Anderson, the study’s co-author and a radiologist at the University of Utah, said according to The Cable, “This is tantalizing evidence for why some people feel like they don’t need to sleep as much. Maybe some brains are able to do what sleep does in little tiny epochs during the day.”

But more research is needed to investigate the differences between short and normal sleepers, according to study co-author Paula Williams. “Two people can sleep the same amount and one person feels refreshed and one does not," Williams told The Cable. "What’s the difference? Are there some people who can get away with less sleep? We don’t know. Amazingly, we still don’t know.”

It's also not known whether humans can shift between being short or regular sleepers, or whether or not varying daytime conditions affect their ability to do so. Speaking from personal experience, I've had several occasions where I've woken up feeling particularly alert after just four or five hours sleep; but that certainly doesn't work for me all the time.

However, previous research on the short sleeper phenomena suggests that short sleepers can also be recognized from a number of other characteristics. Do any of these sound familiar to you?

If you're a short sleeper, you rise with the lark and don't feel lethargic throughout the day — even on just a few hours rest the night before.

They May Have Mild Mania

According to a 2001 study published in the Journal of Sleep Research, researchers found some evidence of "subclinical hypomania" in short sleepers; this is a milder form of manic behavior characterized by euphoria, disinhibition and a decreased need for sleep, reported CBS.

They Feel Great After No Rest

An investigation into sleep patterns by scientist Ying-Hui Fu at the University of California, San Francisco found that a tiny mutation in a gene called DEC2 is present in those who are short sleepers. Since the research was published, Fu experienced several people coming forward explaining that they function well on four hours of sleep or less; what's more, it usually runs in families "We’re not focusing on those people who have sleeping issues that make them sleep less, we wanted to focus on people who sleep for a few hours and feel great,” Fu told the BBC.

But They're Also Still A Still A Mystery

Scientists are still baffled by short sleepers, many of whom report bounding energy levels after minimal rest "We don't understand why they are so optimistic and outgoing when they are supposed to be apathetic and irritable," Dr. Christopher R. Jones, a professor at the Department of Neurology at the University of Utah, told CBS News in 2014.