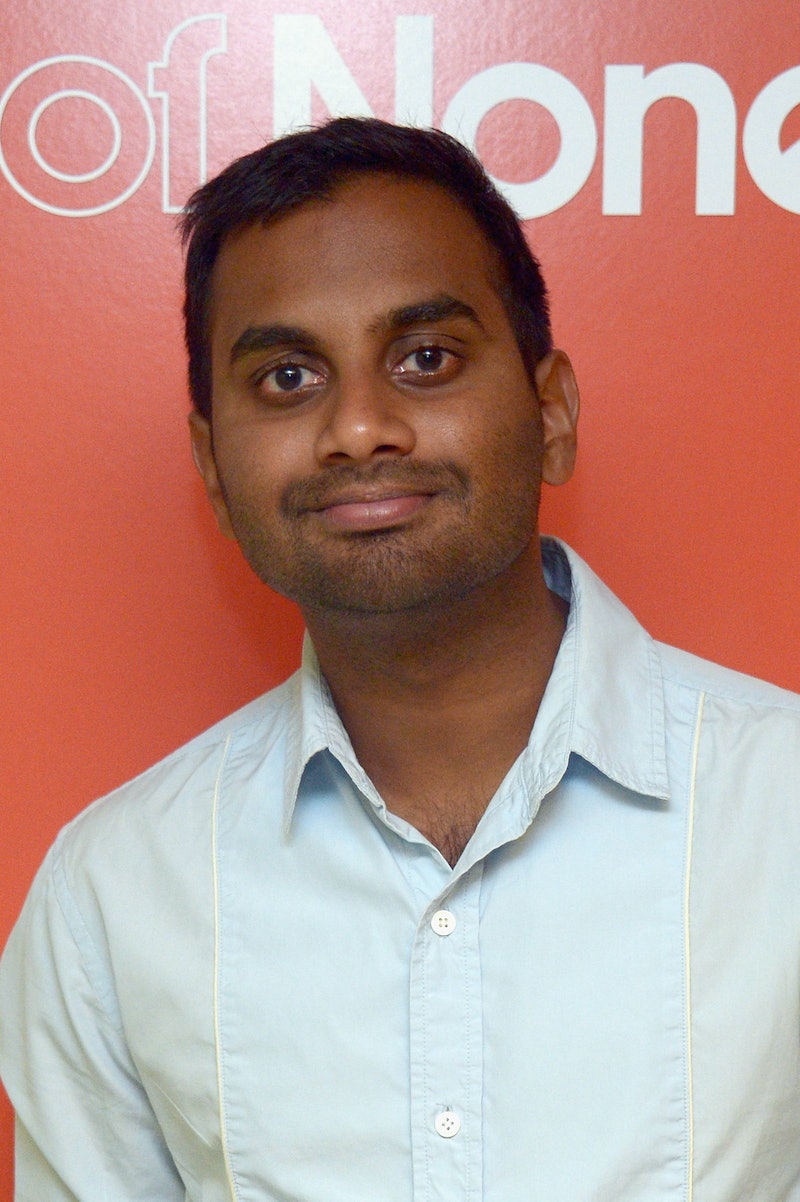 Are you feeling a little meh about your choice in the presidential election? Maybe you know you'd never support Trump, but you're not feeling Clinton, and the third-party choices of Gary Johnson and Jill Stein are leaving you a little unfulfilled? Well, there's one comedian who wants to see you head to the polls — Aziz Ansari roasts Trump over his climate change denial in a new get-out-the-vote ad, pointing out (correctly) that the Republican nominee "doesn't believe in climate change."

Well, that's part of it. It's also about Ansari's frustration that he was even asked to do the video at all. It's no surprise that Ansari would turn in a great comedic performance, even with only about a minute of time to play with, and the driving funniness of the ad is his frustration that there are still undecided voters at all.

Hello, I'm Aziz Ansari. I'm here because apparently, there's someone watching this video who's on the fence about voting, and they're gonna see me telling them to vote, and then they're gonna be like "OK, I guess I'll vote." What the f**k do you need!? How many celebrities have made these stupid f**king videos? Robert Downey Jr. made one, DiCaprio made one, Jennifer Lawrence is in one. These people are way more famous than me! Why you need me?

"Well, Aziz, some of the millennials are really responding to you, if you can make a video..." Really? It's gonna make a difference? There's a f**king guy running who says he hates brown people. That's not enough!? He doesn't believe in climate change, you know how dumb you have to be to not believe in climate change, at this point? Seriously, this video's gonna make the difference? It's my lunch break right now! Go vote, please! I did my stupid viral video. Bye.

The spot was made for NextGen Climate, an environmental advocacy group that's trying to help boost voter turnout in key battleground states like New Hampshire, North Carolina, Pennsylvania, Ohio, Illinois, Iowa, Colorado, and Nevada. And while it's hard to predict whether these things will ever actually move the needle — it's easy to share Ansari's incredulity that anybody actually change their mind based on web ads like these, but you never know — it is true that the Clinton campaign has generated some positive attention with viral comedic videos before.

Clinton's appearance on Zach Galifianakis' Between Two Ferns, for example, drew a huge number of eyeballs. That's a more direct involvement than this, though — Ansari was working with NextGen Climate, not directly with Clinton or her campaign. Regardless, it's no surprise that pro-Clinton backers are pulling out the stops, with just three weeks left to go. We're almost there, folks.