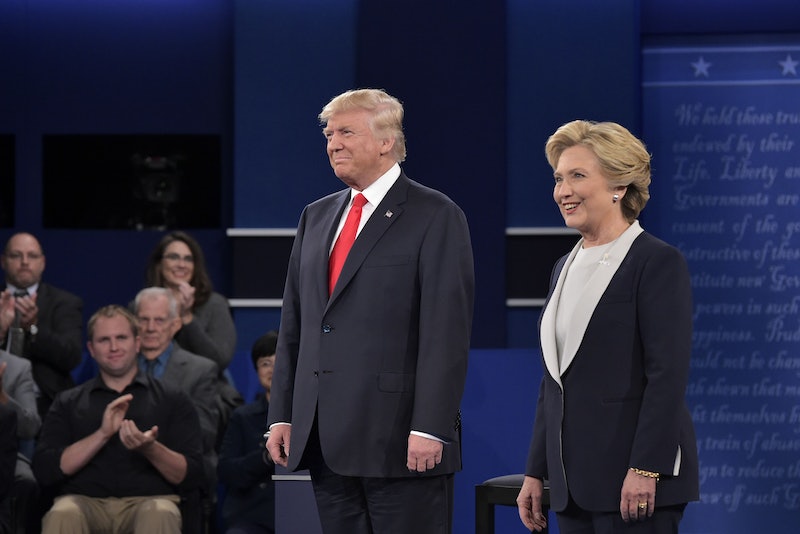 The bizarre and unpredictable nature of the 2016 election has raised a number of questions regarding our electoral process, and the many rare but possible outcomes in which there is no clear winner in November. Closing in on Election Day, things aren't so up in the air anymore. But "what ifs" persist, and it's as good a time as ever to learn more about the many ways an election could be decided if the traditional Electoral College fails to decide the race. If the Electoral College ties, who chooses the president?

First, a quick refresher. Each state has as many electors as it does members in Congress. Right now, that gives us a total of 538 electors. In order to win the presidency, a candidate has to get a majority of those, meaning they need 270 today. Article II, Section I of the Constitution says so. Currently, states get to choose how they allocate electoral votes; 48 states do so on a winner-take-all basis, while Nebraska and Maine break the mold by allocating their electoral votes to be distributed based on who won in each congressional district.

But if no candidate garners an electoral vote majority, including if they tie, then the vote gets kicked over to the House of Representatives (as per the 12th Amendment), which must choose between the top three electoral-vote-getters. Weirdly, not all representatives cast a final vote; rather, each state gets one vote. The reps in each state vote among themselves, and whichever candidate gets a majority of that vote earns the state's one vote. The Senate gets to pick the vice president if the Electoral College ties.

Okay, so what if the House vote also results in a tie? Well, then the vice president, who was elected by the Senate, takes on the role. And if the Senate can't pick a vice president? Then the speaker of the House of Representative assumes the presidency.

Just how unlikely is any of this to happen in 2016? Handily, 270 to Win has been keeping track of "battleground states" — those in which either candidate could feasibly win — and providing a plethora of combinations of wins and losses for each candidate that would mathematically result in an electoral vote tie. They have 97 such combinations.

But none of them is at all likely to occur. FiveThirtyEight put the likelihood of a 269-269 tie at 0.2 percent. Real Clear Politics shows that, before factoring in battleground states, Clinton is likely to secure 256 electoral votes, compared to Donald Trump's 170. And nearly all the states with the tightest races (with the exceptions of Iowa and Ohio) have started leaning Clinton throughout October.

There's no reason to expect an Electoral College tie in 2016. But now you know what will go down if that scenario ever does occur.