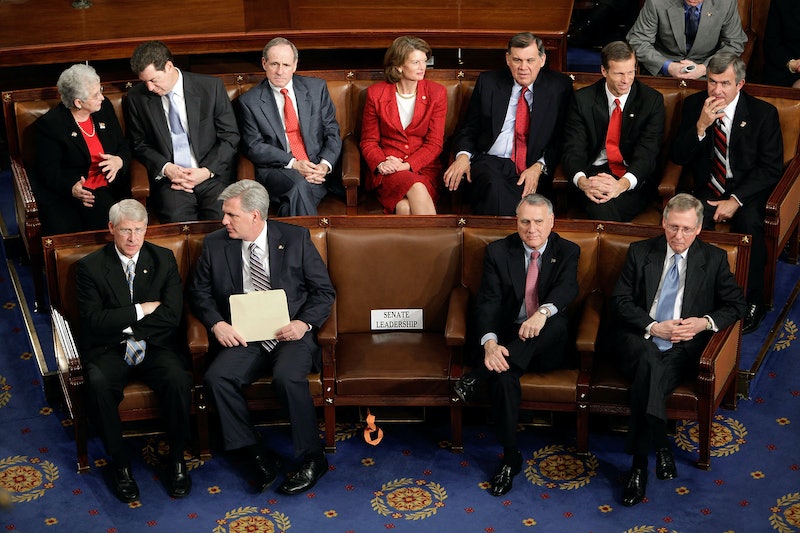 Wednesday marks the third and last debate of the 2016 election cycle and the final 19 days before the general election — that means it's less than a month before either Donald Trump or Hillary Clinton becomes the most powerful person in the world. Clinton is currently in the lead in the polls, but electoral college votes and popular opinion haven't always been in line in previous elections. This has led a lot of people to be skeptical of the electoral college and the problems that come along with it.

Right now, it looks like Democratic nominee Clinton will win the electoral college by a landslide. Pundits like Steve Schmidt predict she's in the electoral college lead by over 400 as of Oct. 19. On the one hand, that makes some people happy to know the college saves the American people from potentially turning over the vote to a dangerous influence like Trump, but at the same time, what if the shoe was on the other foot and the college wasn't in favor of the candidate the majority of individual voters supported? For example, for a lot of people, the electorate body didn't feel like the same safety net in 2000 when Al Gore arguably lost because of the electoral college and Florida's share of the votes. The incident called into question the validity of President George Bush as a leader from that point forward.

The discrepancy posed by the battle over the popular vote versus the electoral college vote has an impact on how legitimate the person who is chosen to lead is — which is to say that it could be time to take out the meddling middleman, suggesting that maybe it's time to streamline the two things.