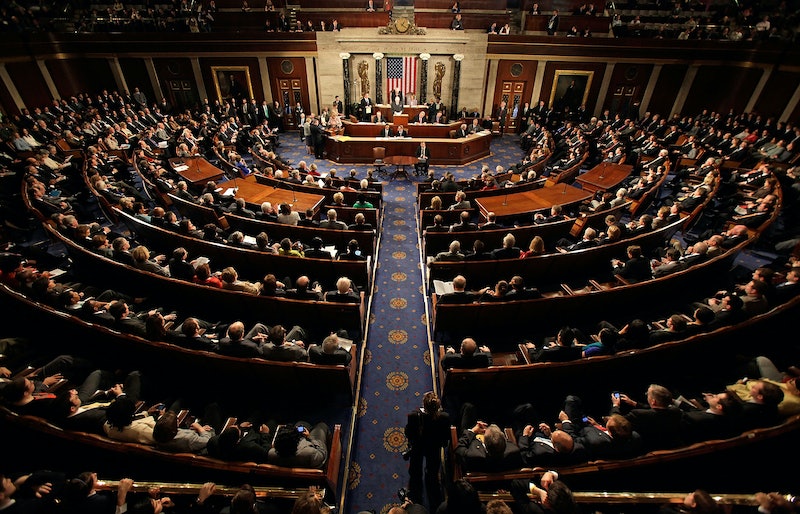 Most notably, when the discrepancy between the two votes is narrow, the electoral college can have a big impact. Although the institution has been traditionally in line with the popular vote, that hasn't always been the case each election year. And the incongruity has led to three top arguments against the electoral college.

The electoral college is the political body that's selected to formally elect the president to office. They're the people who, after you vote, come together to put in the actual, official vote. It was established by our founding fathers as a sort of compromise between two options: letting Congress decide the president or having the people directly vote for the president on an individual basis. So, they settled somewhere in the middle and called it the electoral college — but the system might be outdated.

For one, it's a direct contradiction to the Equal Protection Clause part of the Constitution which states that every person's vote should be worth the same amount — more commonly referred to as, "one person, one vote." But in truth, the electoral college undermines that intention by making certain votes matter more than others. It's especially obvious in years when the popular vote is usurped by the electoral college vote, which has happened four times in U.S. history.

Not to mention, it's especially devastating in a democracy where, theoretically, participation on an individual basis is crucial. Any perceived lack of material impact of an individual vote could inevitably make people not want to cast a vote in the first place, dis-incentivizing individuals to be a part of the system.

Especially prevalent in this election cycle is the way the electoral college essentially forces out the possibility for a third-party candidate to get ahead. Instead, it has more opportunity to backfire and "split the vote." This is because the Electoral College system typically votes for the major party candidates over the third-party ones, as seen in 2000 with Green Party Ralph Nader and Democratic candidate Al Gore.

As Mo Rocca so aptly put it in his documentary outlining the outdated nature of the electoral college, even a third grader can tell there's something off about the system. In an impassioned plea following a mock election in which the electoral vote outweighs the popular vote, one young citizen exclaims, "That's not fair! Because it's not just about the elector's vote, it's about everybody's votes."

When experts and third graders alike agree on this, it could be time to discuss evolving towards a reformed system.