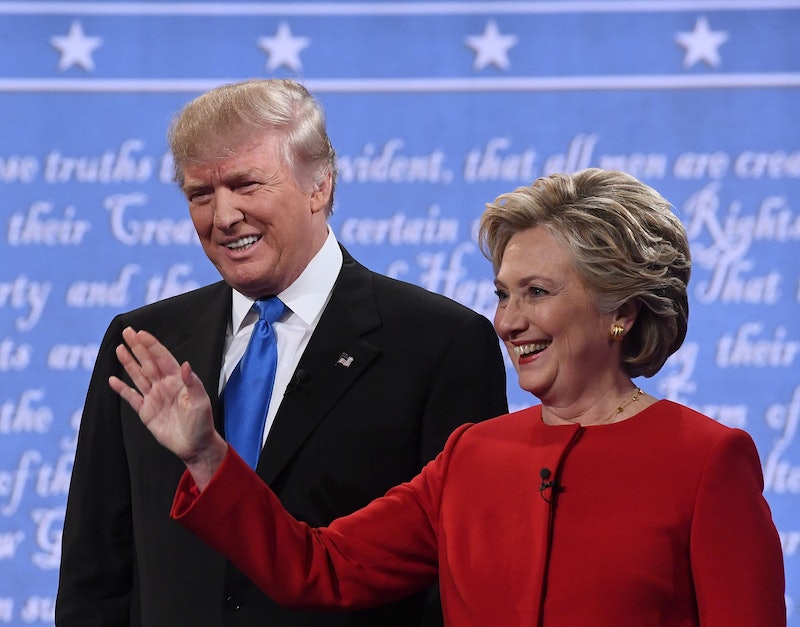 Election Day is less than three weeks away, and early voting has already begun in certain states. If your voter registration is up to date and active, the process should be fairly smooth. But, if you're a registered voter who has relocated to a different state since the last election, you may suddenly realize that you're not registered to vote in your new home state. This may result in a moment of panic and a frantic search to find out whether you can vote if you're registered in another state.

Voter registration operates on a state level — so if you're a registered voter in one state, you can't simply show up at the polling center in a different state, cast your vote, and leave with your "I Voted" sticker. In short, your vote can only be counted if it's cast in the state where you're registered.

If you need to change your voter registration to a new state, time is of the essence. Voting laws are determined by individual states, so answers to questions about voter registration deadlines vary depending on the state. If you want to vote in your current state, there may still be time to change your registration. Although the deadline has passed in certain states, others allow you to register within two weeks or even several days of Election Day — and, in a number of states, you can even register when you arrive at the polling center on Nov. 8.

However, some people want to keep their voter registration in their former state — especially if they've moved from a battleground state to a non-swing state. If you find yourself in this situation, you can go the absentee ballot route. But, because the rules of absentee voting vary by state, you'll want to take an extremely close look at the rules to make sure that your vote is legal and will actually be counted.

In many states, no explanation is needed — if you're registered in that state, you can simply apply for an absentee ballot and vote by mail. In others, you need to provide a specific reason and proof that you'll be out of the state for a reason that's deemed legitimate by the State Election Board. In some cases, absentee ballots need to be notarized with confirmation that you're away on business, on vacation, or at school in a different state on Election Day. There are also stipulations in many states that require you to provide your state driver's license number or your Social Security number in order to vote absentee. So, read the rules carefully and make sure you're actually eligible to vote before you request an absentee ballot. We all want to vote in the states where our votes could potentially make or break the election, but just be sure to read the fine print.

Although it's a national election year, voting happens at a state level and we're not just electing a president this year. There are state senators, representatives, and local initiatives on the ballot too. So, although there's no shortage of complicated voting rules, it does make sense that we can only vote in the states where we're registered, either in person or with an absentee ballot.