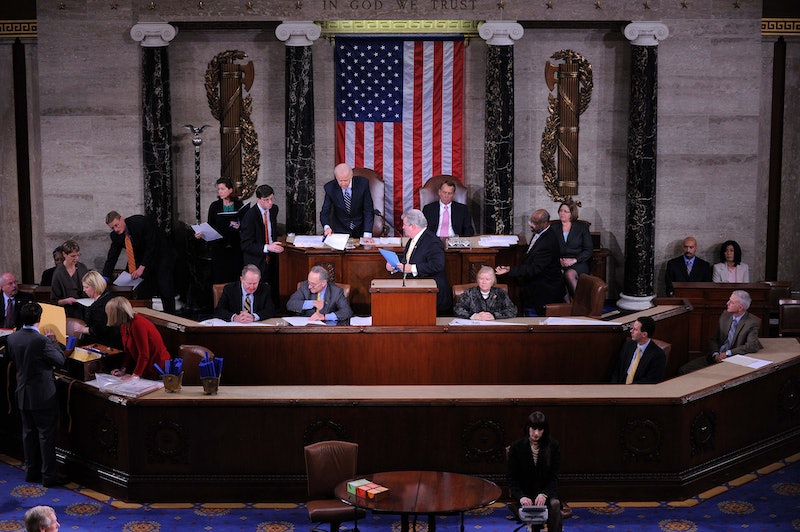 There are a lot of factors to consider in an Election Year, so sometimes the most obvious of things can slip by you without being questioned. One such thing that may not make obvious sense is why there are 538 electors. The Electoral College is tricky enough to wrap your mind around in general, so you might not have thought to wonder about the number of its members. However, there's a very intuitive reason behind that very specific number.

Each state gets to contribute a certain number of electors, of course, a number that's decided by the number of seats it holds in Congress. Each state gets two right off the bat, one for each Senator. Where things get varied is with the allotment of one elector for each member in the House of Representatives, as well, and that's a number that's different for each state. The number of members in the House of Representatives is based on each represented state's population.

At the top end of the range, for example, there's California, which, as the most populous state, takes its two electors for each Senator, and then is awarded 53 more for its Congressmen and women, for a total of 55. On the other end of the spectrum, there are seven states with just one representative — Alaska, Delaware, Montana, North Dakota, South Dakota, Vermont, and Wyoming — giving them three electors overall.

All together, there are 435 representatives, a number that's been the same since 1913. To that number, we add the 100 electors who correspond to Senators — two per state for each of the 50 states — and add three more for Washington D.C., which is treated as a state within the Electoral College and thus given three electors of its own. That accounts for all 538 electors, of which any candidate needs 270 in order to get elected.

So, with this newly learned information, go forth and impress your friends. But, most importantly, exercise your right as a citizen to vote on Nov. 8.