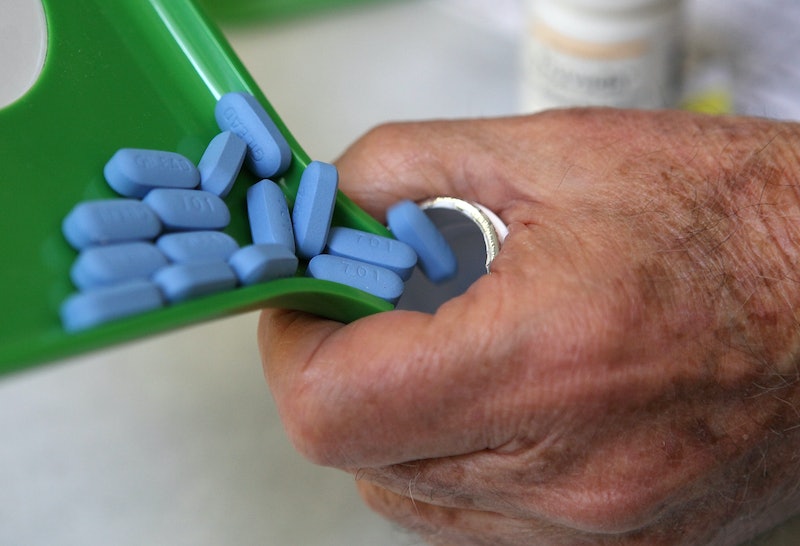 A new Hepatitis C drug named Sovaldi will cost $1000 per pill, according to its manufacturer, Gilead Sciences — a price tag which has rankled a handful of U.S. lawmakers. Which is understandable, given that the number of pills required for a full course of treatment will set you back $84,000, a cost that's effectively prohibitive for all but the well-insured and well-monied.

Which is a shame, because what's been reported about Sovaldi makes it sounds like a huge leap forward for treatment of Hep C. It's a disease the World Health Organization estimates some 150 million people chronically suffer from worldwide. While past treatments have only been able to help some patients, and come with a wide range of side-effects, Sovaldi boasts clinical trial success rates of over 90 percent with less effects.

About three million people in the United States are infected with Hep C, which can often begin asymptomatically and thus often goes undiagnosed. If left untreated, it can cause potentially fatal damage to the liver.

Three Democratic lawmakers on the House Energy & Commerce Committee, Reps. Henry Waxman of California, Frank Pollone of New Jersey, and Diana DeGette of Colorado sent a letter to Gilead Thursday, asking for an explanation of the eye-popping price tag. The trio voiced the obvious concern, however effective Sovaldi may be, "that a treatment will not cure patients if they cannot afford it."

The letter specifically cites the prevalence of Hep C in "low-income, minority patients" which are unlikely to be able to afford the drug.

Gilead has proposed a multi-tiered pricing system for the drug, based on the per capita gross income of the country in which it's sold — as such, a course of Sovaldi costs $66,000 in Germany, and $57,000 in the United Kingdom.

The company also agreed to cut the cost heavily in the case of Egypt, which has the world's highest rates of Hep-C infection. Gilead will sell the full course in Egypt for just $900 — just a shade over one percent of the blistering price they'll charge for it stateside.