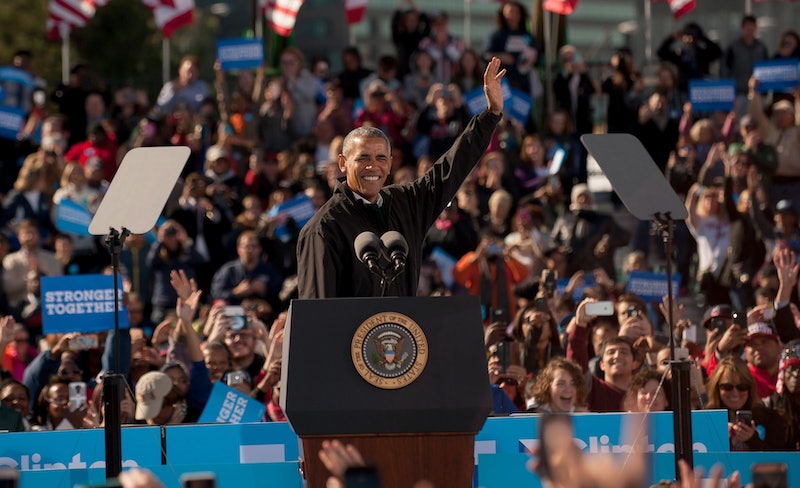 We can all agree that voting — especially in the upcoming presidential election — is important (really important). Still though, you may have some questions about voting — take, for instance, the actual voting day. Why is election day always the first Tuesday after the first Monday in November? It seems arcane and arbitrary — I mean, why after the first Monday? Why can't it just be the first Tuesday? Heck, why even November? It's a strangely specific date.

Well, as you might have guessed, it's weird because of history. Election Day has its roots in nineteenth century farming culture — which definitely helps illuminate some of its oddness. Live Science explains that Tuesday was chosen as the de-facto voting day, because back then, a lot of American citizens happened to be practicing Christians who made their living by farming. This meant that they observed the weekend as time for worship, and Wednesday was all about selling their wares at market day — which effectively blocked Saturday, Sunday, and Wednesday off as potential voting days. Additionally, it might have taken much more travel time to get to your local polling location back then, so Tuesday seemed perfect — a day's travel and back, all in time so as not to interfere with the Sabbath or market day. About.com further explains that the first Tuesday after the first Monday is specified so that Election Day would never fall on November 1st, which used to be a religious holiday.

And November? Well, according to the History Channel, that's got to do with the large farming population as well — they wanted to wait until after planting season in spring, and busy harvest season in early fall, but before the harsh winter conditions set in.

Thus, the first Tuesday after the first Monday of November was officially made law in 1848, and it's been that way ever since. Interestingly, before that law came in to effect, different states held their elections on different days, which was leading to skewed voter turnout — so it's quite important that Election Day was established when it was.

So, there you have it: The odd and complex reasoning behind our odd and complex Election Day date. Now that you know that, your only job is to show up on November 8 (as opposed to November 28 like a certain reviled presidential candidate).