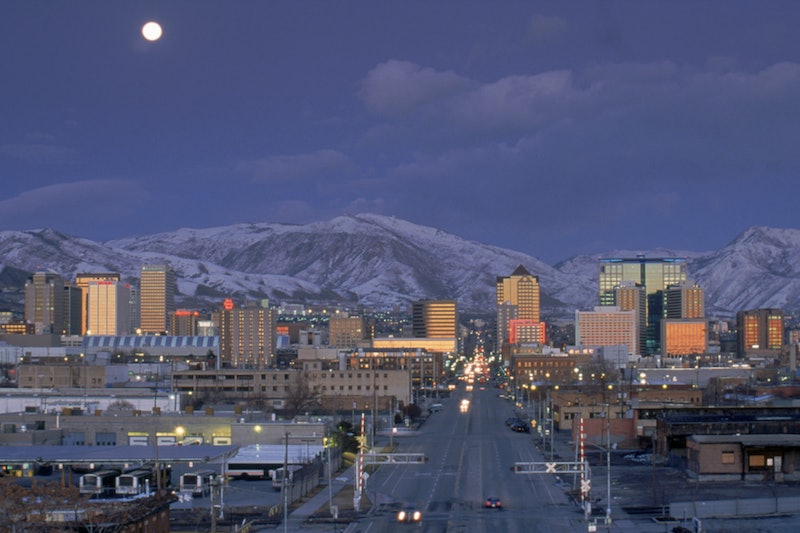 As in any presidential election, the states getting the most attention as we crest the final plunge on this roller-coaster of an election are the swing states of 2016. Because of the winner-take-all design of the Electoral College and the fickleness of these swing states, the tilt of these states has the power to tilt the entire election. But with the increasingly divisive candidacy of Republican Donald Trump, the swingiest states this year aren't the usual suspects — and some are downright stunning.

Before we get into looking at the swing states individually, it’s important to underscore how strange this election is. Aside from the historic unpopularity of the candidates, Trump has performed abysmally among minorities since the beginning of the campaign; and, in the week since tape was released of Trump talking about assaulting women, followed by many women coming forward saying it wasn’t just talk — which he has vigorously denied — his numbers with women have also suffered.

But the shifts in the electoral map aren’t entirely due to Trump. Demographic changes throughout the country are manifesting in the electorate, making states that were once locks (mostly for Republicans) competitive. Almost as surprising as which states have made the swing-state list are some that aren’t being considered swingy anymore. Here are the biggest swing state surprises as we head into the home stretch of this race.

Back in summer, some thought that Pennsylvania and its 20 electoral votes could be the very tipping point of the election, and FiveThirtyEight couldn’t see many paths for Trump to the presidency without it. But as of today, most polling averages show Clinton up by over six points, putting her lead out of the margin of error, and FiveThirtyEight gives Clinton a nearly 90 percent chance of winning the state. It appears the Keystone State swings no longer.

Florida’s vote was the closest in 2012, with Barack Obama winning with 50.01 percent — less than 75,000 votes. This year, though, the state seems to have a distinctly Democratic lean of late, with the latest polls all showing a Clinton lead of three to four points. CNN has removed the Sunshine State from its list of Battleground States and put it into the Lean Democrat column, and FiveThirtyEight puts Clinton’s of winning the state at 3-to-1.

Obama brought North Carolina into the blue column in 2008 for the first time since Jimmy Carter won it in 1976, but lost it again in 2012. The state is close again this year, but Trump hasn’t led a Tarheel poll in a month, and Clinton’s lead, narrow at between 2 to 3 percent, has been consistent. Again, as with Pennsylvania and Florida, North Carolina is more surprising for how toss-up-ish it isn’t.

For as few paths to victory as there are for Trump without Florida or Pennsylvania, if Trump can’t take Ohio, then things are really bad. Still the state has been decided by less than 5 percent of the vote in the past four elections, and even though at the moment, FiveThirtyEight has Ohio a very light shade of blue, when the polls close on Nov. 8 at 7:30 p.m., if it’s not in Trump’s column, we might know very early on who’s likely to win.

With its six electoral votes, Iowa might be the closest swing state this year. It went for Obama in 2008 and 2012, and currently it’s one of the rare instances of RealClearPolitics and FiveThirtyEight’s polling average models diverging (RCP has it tilting Trump; FTE gives a slight edge to Clinton). While unlikely to be decisive in the Electoral College, Iowa’s result might give us insight into how big of a tectonic shift 2016 is.

Now we’re getting into states that few people could have anticipated being toss-ups. Following the latest Trump nose-dive and Sen. John McCain’s un-endorsement, the Grand Canyon State has been surprisingly close, with Clinton leading a number of polls. With the exception of 1996, Arizona has gone Republican in every election since 1952 (!), but at the moment, RealClearPolitics gives Clinton a 0.2 percent advantage over Trump (!!).

Yes, this is the same Alaska that Sarah Palin is from. Yes, the same Alaska that has only been won by a single Democrat: Lyndon B. Johnson in 1964. But, in a recent poll, Clinton was only behind Trump by three points, which is basically unheard of. Clinton is still a long shot there, but Nate Silver gives her better odds winning Alaska than he gives Trump of winning Florida, so do with that what you will.

Romney won Georgia by nearly eight points in 2012, but during the bumpiest parts of the Trump campaign, a handful of polls have come out of the Peach State putting Clinton on top. Still, even though the odds are long, the last time Georgia went blue was for Bill Clinton back in 1992, so you never know what might happen.

Perhaps the strangest swing state of all in 2016 is Utah. The state is in the mix here not because Clinton is surging, but because independent conservative candidate and Mormon Evan McMullin has started pulling support in the state. While FiveThirtyEight still puts the good money on Trump pulling out a win in Utah, McMullin has started creeping up in the polls, and few polls have come out that take into account Trump’s latest pitfalls or McMullin’s ascendance.

No one really knows what the ultimate fallout of McMullin’s candidacy in Utah might be, but with an Emerson College poll putting McMullin six points up, it’s clear that 2016 is one of the weirdest races in American history.